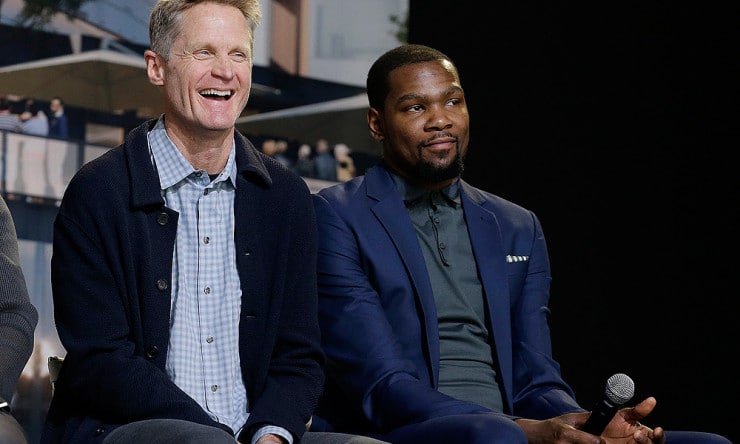 “Kevin Durant came here when there was not a new arena,” (Joe) Lacob told a crowd of more than 1,000 at Golden State’s ceremonial groundbreaking for Chase Center in San Francisco’s Mission Bay neighborhood. “Hopefully, he will decide to re-sign this summer.”

Amid applause, Durant chuckled nervously. Moments later, while standing in front of a giant rendering of the 18,000-seat venue, scheduled to open in 2019, he acknowledged that “it’ll be fun playing” there.