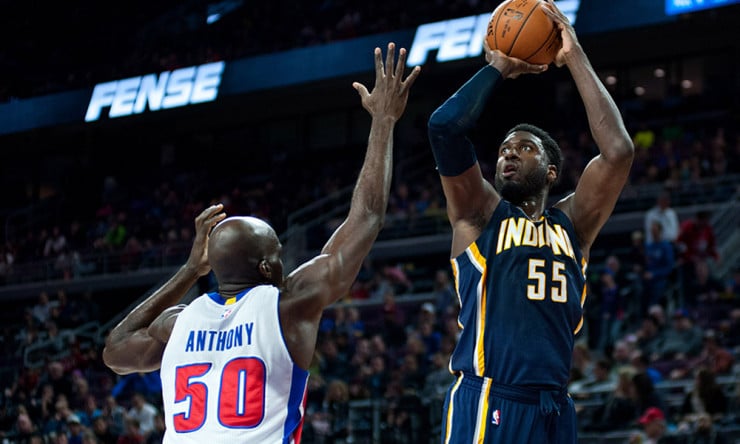 Indiana Pacers center Roy Hibbert has known to be adventrous in his offeason conditioning. He has bulked up. He has slimmed down. He has worked with all-time great Kareem Abdul-Jabbar.

This offseason, he’s training at a jiu-jitsu academy. Though he’s not likely to hit the court and put anyone in an arm bar next season, he may be quicker around the basket.

via Scott Horner of the Indianapolis Star