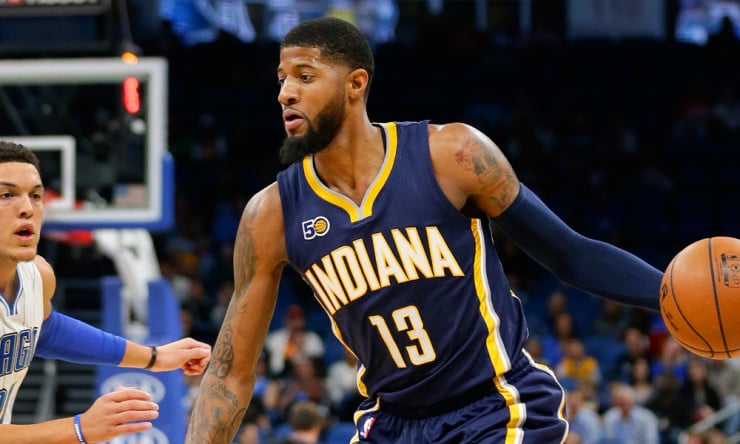 Paul George says he’s committed to playing for the Indiana Pacers next season. After that, it’s anybody’s guess. The four-time All-Star forward provided clarity on his short-term plan Thursday before playing in a charity softball game just a short walk away from the only NBA arena he’s called home.

“I am a Pacer. I am under contract and I intend to play,” he said while sitting in the first base dugout. George’s succinct message might satisfy Pacers fans temporarily, though the much larger question still looms: Will he continue to suit up in Indiana beyond 2017-18?