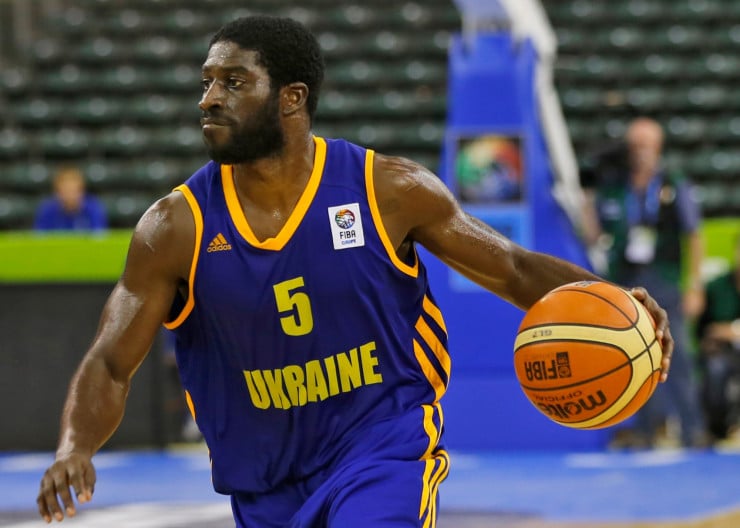 When the NBA and the G League first brought the Ignite team to fruition, they knew that they would need a few veteran players to help mentor the young prospects. In the Ignite’s inaugural season in the Orlando bubble, the younger prospects were joined by a slew of veterans with a wealth of professional basketball experience.

There were longtime NBA players Amir Johnson and Jarrett Jack. There was Bobby Brown who aside from the NBA also has plenty of overseas experience. Reggie Hearn and Cody Demps had spent most of their careers in the G League. And Brandon Ashley had spent time with several NBA teams in summer league while carving out a career overseas.

One of the new veteran additions for this season is Pooh Jeter. After going undrafted out of the University of Portland in 2006, Jeter actually began his professional career in the then NBA D-League with the Colorado 14ers. He spent one season in the NBA with the Sacramento Kings but has been able to carve out a successful career overseas.

A Los Angeles native, the former Gardena Serra High School star’s journey has taken him to China, France, Israel, Spain and Ukraine. He even played for the Ukrainian National Team in FIBA competition. After spending last year with BC Dnipro in Ukraine, he’s finally back stateside hoping to mentor the Ignite’s young players.

Jeter had the opportunity to join the Ignite last season but ultimately passed on it. This season it was Brown, whom Jeter grew up with in LA, that was the driving force behind him joining the team. That and his desire to give the game back to the next generation of young hoopers. When he’s home in LA during the summer, he spends his time working with the city’s emerging talent.

“Me being in China definitely opened my eyes of leaving an inheritance. I have so much information playing in all the best leagues in the world, but I’m not supposed to hold this information,” Jeter told Basketball Insiders. “It was basically what we do at home, we have all the top players in high school and college work out with us. It was the perfect time just to come and share, but also be the example on the court. I have to continue to practice what I preach.”

So far the Ignite has started the season 4-5. There has been improvement though. After starting 0-3, they have since gone 4-2 over the last six games. Throughout the start, Jeter has noticed that each of the young players are eager to learn. They’re eager to soak up whatever they can from the older veterans.

Each of them has sought out Jeter for help on the court. This current crop of Ignite youngsters is a bit different from last season. Last season each of the players were American high school graduates and NBA draft-eligible immediately after the G League Season.

Among this current group, Henderson is not draft-eligible until 2023 and Daniels is the Ignite’s first international prospect hailing from Australia by way of the NBA Global Academy. In any case, each of the prospects are used to being the best of the best among their age group. Jeter is helping the see that in the professional world, that isn’t going to be the case. The G League is filled with NBA hopefuls.

“It’s not high school anymore, you’re playing with other people that are bad too. This is a great time to try to compete against other people that are trying to make it too,” Jeter said. “But they’re listening to everything. They ask questions and try to be that sponge. The Ignite situation is a real great example of getting that type of information to better yourself.”

While the young players have certainly benefited from having Jeter on the team, he has also benefited from being around them. Being a point guard, Jeter’s role has naturally been to be a coach on the court. For most of his playing career, he’s been around players close in age to him.

This season, at 38-years-old, there’s a big age gap between him and his younger Ignite teammates who are just a year removed from high school. Being around them has helped him continue to grow and evolve as a leader and it’s also helped keep his game sharp. He’s putting up 9.3 points per game while shooting 42.5 percent from three-point range and dishing out 4.1 assists.

“I’ve been sharing and giving back so much, and it’s like the term iron sharpens iron. They’re keeping me sharp, I tell them that we’re all helping each other,” Jeter said. “I’m just doing what God has me doing and whatever comes out of it comes out of it. I continue to be thankful for the opportunity and whatever happens, happens.”

Jeter’s leadership role with the Ignite has been pretty much the same role he takes on when he’s back home in LA during the summertime. He’s been a regular at the Drew League but he also has hosted clinics and workouts for local high school and college talent. Those sessions helped prepare him for this new chapter in the G League.

This past summer, Jeter hosted one of his biggest clinics yet, designed not only to help young players improve their game but to get some real hands-on mentorship from some of the best in the business. Current NBA players such as James Harden, DeMar DeRozan, Russell Westbrook, Trevor Ariza, and Delon Wright participated as well as former NBA players like Baron Davis, Andre Miller, Paul Pierce, Brandon Jennings and Dorell Wright.

Each of these players grew up in LA and them giving back to the next generation is what Jeter is talking about when he says he wants to leave behind an inheritance. The high school basketball landscape in Southern California has gone through many changes since those guys were dominating the hardwood.

Jeter has seen a lot of the local LA city talent shift to suburban areas like the Inland Empire and the San Fernando Valley. He is hopeful, however, that through this partnership with other pro players they can help shift that balance of power back to the city. Seeing some of the best to ever make it to the NBA come out and give their time like that is part of what he hopes contributes to local players staying closer to home.

“It’s going to grow even more because the best players from the city are coming back. What we have to do is just continue to be there and continue to push and push. These kids are from our neighborhoods, let’s continue to share. They’ve got to know that we’re visible, that we do exist,” Jeter said. “So when they see James and Russ and BD and Paul and whoever just come through, the kids are like, ‘dang we’re from the same neighborhood.’ So we just have to continue to be there for each other.”

And ultimately, Jeter hopes to leave behind a legacy of being someone the younger generations of LA hoopers can look up to and can go to for leadership. He was fortunate as a young player growing up in LA to have had some strong mentors in guys like Davis, his Ignite head coach Jason Hart, Lucious Harris and Milt Palacio.

Jeter’s high school career looked a little different from today’s players in that he didn’t play AAU basketball. He didn’t have those avenues of exposure. But he had that mentorship from the older guys and he credits that tremendously for helping him on his journey.

He isn’t quite sure where this chapter with the Ignite will take him next, but as long he can continue to inspire the next generation, he knows he will have done his job.

“I want to continue to be that messenger and servant. As long as I continue to share and continue to serve, then that’s what I want to be known for,” Jeter said. “It’s been working. The type of information that I’m presenting to these kids sticks with them. It worked for me, basketball’s been with me for the last 16 years. Whatever comes out of it, comes out of it.”