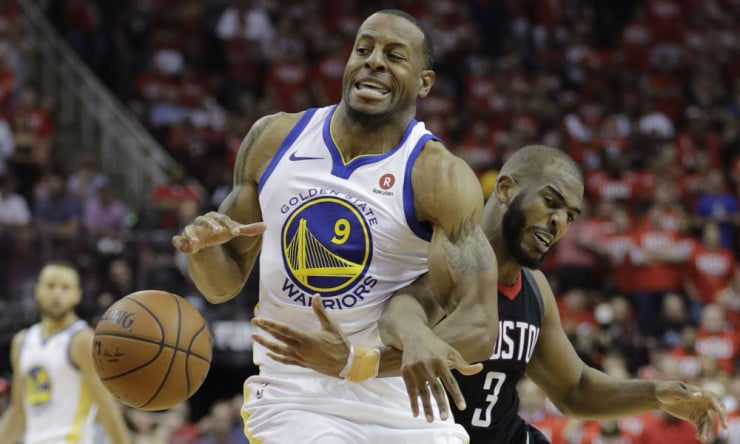 Andre Iguodala’s bruised lower left leg improved Wednesday, but he was still listed as questionable by the Golden State Warriors for Game 5 of the Western Conference finals against the Houston Rockets on Thursday night.

Warriors guard Klay Thompson is also listed as questionable after straining his left knee Tuesday night. But Kerr said that Thompson was “moving around really well” on Wednesday and that he thought he’d be fine.