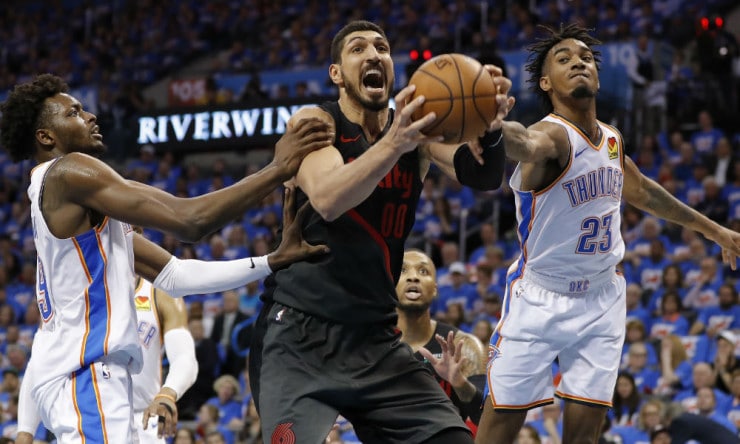 Trail Blazers center Enes Kanter on Friday said he has a separated left shoulder and his status for the Western Conference semifinals remains uncertain.

Kanter said the injury happened during Portland’s 118-115 series-clinching victory against Oklahoma City on Tuesday. The Blazers returned to practice Friday as they wait to learn their opponent.

Kanter was shooting during the workout, although at times he rubbed the shoulder.

“I think the Blazers are doing a very good job taking care of it. But, I mean obviously, I’m not going to lie, it hurts pretty bad,” Kanter said. “I mean I’m having a hard time changing my shirt or eating food. So it’s a process. We’re just taking it day by day, see how it feels.”