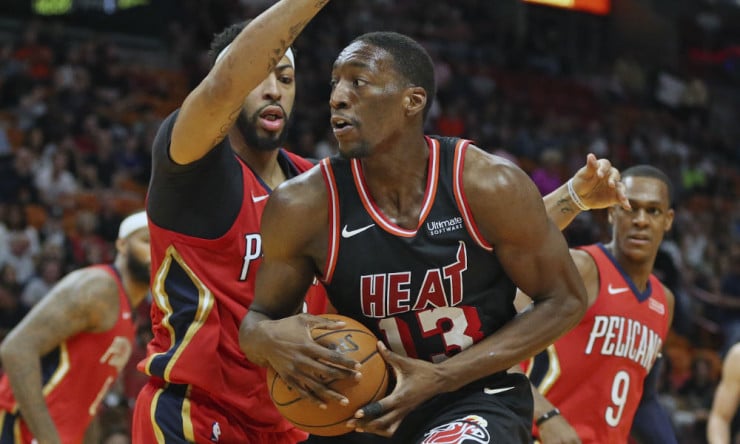 The Miami HEAT announced today that they have exercised their third-year team option on Bam Adebayo. Per club policy, terms of the deal were not disclosed.

Adebayo, who was selected in the first round (14th overall) by the HEAT in the 2017 NBA Draft, appeared in 69 games (19 starts) last season with Miami and averaged 6.9 points, 5.5 rebounds, 1.5 assists and 19.8 minutes while shooting 51.2 percent from the field. Among NBA rookies last season, he ranked fourth in field goal percentage, sixth in rebounds per game and ninth in blocks per game as his 41 blocks ranked fourth on the HEAT’s all-time rookie list.