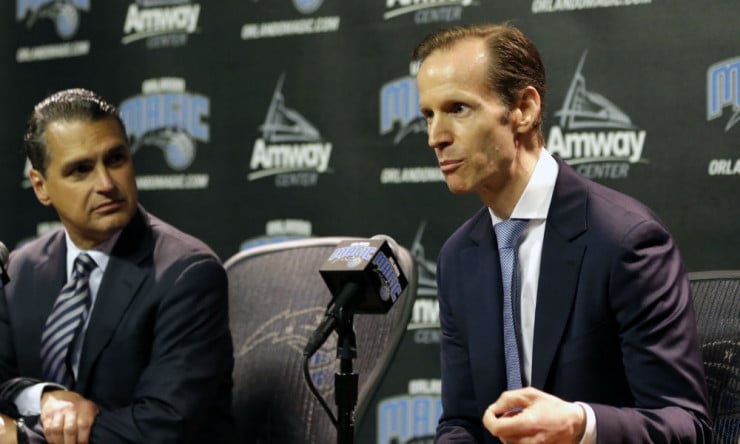 The Raptors on Thursday acquired a future second-round draft pick from the Magic in exchange for Jeff Weltman, who was released from his contract with Toronto and hired by Orlando as president of basketball operations.

According to multiple reports, the Magic will send one of their two second-round picks in the 2018 draft to the Raptors. Besides its own pick, Orlando also owns the Los Angeles Lakers’ second-round pick in 2018 (acquired as part of the Dwight Howard trade in 2012) and will send the lesser of the two to Toronto.

Weltman, who was promoted by the Raptors to their general manager position last September, was hired by the Magic this week and formally introduced on Wednesday.