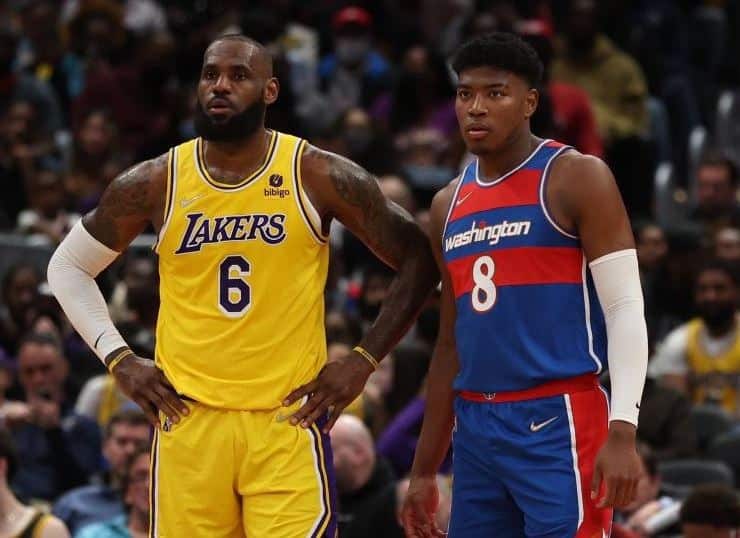 Rui Hachimura is expected to make his Los Angeles Lakers debut at home against the San Antonio Spurs on Wednesday night. L.A. traded Kendrick Nunn and its 2023, 2028, and 2029 second-round draft picks to the Wizards for the fourth-year wing on Tuesday.

While adding Rui Hachimura fell short of boosting the Lakers’ championship odds, a few NBA betting sites are still giving them 10th-best odds to win their 18th title. Check out which sportsbooks are showing better odds for the Los Angeles Clippers.

Rui Hachimura will land in LA tonight, undergo his physical tomorrow and could debut against the Spurs on Wednesday.

“Adding both size and depth to the wing position has been a goal, and the chance to accomplish that by acquiring a player with Rui’s two-way skills and upside was an opportunity that doesn’t present itself often,” Lakers vice president of basketball operations and G.M. Rob Pelinka said in a statement.

Since Rui Hachimura is in the final year of his four-year, $20.4 million contract, Pelinka will likely offer the Japanese baller a multi-year deal this offseason.

Rui Hachimura will likely make his Lakers debut at Crypto.com Arena against Spurs on Wednesday

Through 30 games off the bench this season, the wing is averaging 13 points, 4.3 rebounds, and 1.2 assists per game. Plus, he’s shooting 48.8% from the floor and 33.7% beyond the arc. He should help to bolster Los Angeles’ frontcourt.

Furthermore, Rui Hachimura (acquired) was downgraded to out for tonight’s Pacific Division showdown. The Gonzaga product will land in Los Angeles tonight. Then, the 24-year-old will undergo his physical on Wednesday. If all goes well, the former Wizard could make his Lakers debut against San Antonio.

Los Angeles is also coming off back-to-back wins. The struggling team is 7-5 as a favorite and 14-20 as an underdog. With Rui Hachimura potentially playing, the Lakers take on the Spurs at 10:30 p.m. ET on Wednesday night. This game will air live on Spectrum SportsNet L.A.