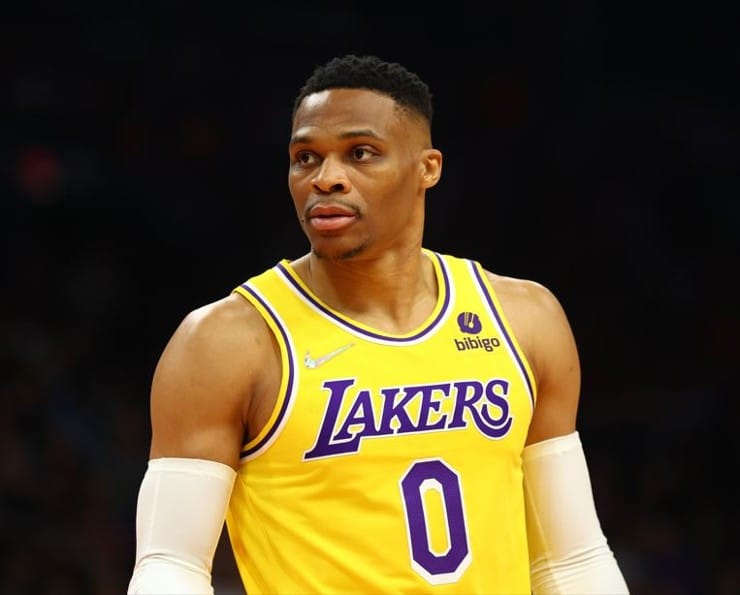 Russell Westbrook is the first Los Angeles Lakers player with multiple triple-doubles off the bench. Through 24 games in the second unit this season, the nine-time All-Star has recorded nine double-doubles and two triple-doubles.

On Friday, in the Lakers’ 126-108 win over the Denver Nuggets, the 15-year veteran logged his second triple-double of the season. He amassed 15 points, 11 rebounds, 12 assists, and two steals in 30 minutes of action.]

According to a number of NBA betting sites, Russell Westbrook is the top favorite to win Sixth Man of the Year in 2023. Check out which sportsbooks are still giving Malcolm Brogdon and Jordan Poole terrific odds.

The first Laker in franchise history with multiple triple-doubles off the bench pic.twitter.com/ZzvNMJ35ee

This is the first time Russell Westbrook has come off the bench since his rookie 2008-09 season. Offensively, the two-time scoring champ is nothing special right now. He’s averaging a career-low 14.7 points per game. He’s also shooting 40.2% from the field, the lowest since his rookie season.

Speaking of triple-doubles, Westbrook leads the all-time list with 196. Oscar Robertson is second (181), Magic Johnson is third (138), and Jason Kidd ranks fourth (107). With 105 and ranking fifth all time, LeBron James is the only active player close to the 34-year-old.

In Los Angeles’ win over the Nuggets on Friday night, James led the Lakers in scoring with 30 points. Thomas Bryant contributed 21 points in 24 minutes off the bench.

Their largest lead of the game was by 22 points. Not to mention, the Lakers entered the matchup as a 1.5-point underdog. “The pace changed, and the game changed,” Russell Westbrook said after the win. “You could see it. When we play that way, it’s hard to beat us.

“Just trying to do whatever I can to make the person next to me better. Whatever is asked of me, I’m doing it. Whether it works or not, I’m just doing the best I can with the position that’s given to me.”

Russ would be the third player to win Sixth Man and MVP in a career (James Harden, Bill Russell). pic.twitter.com/t8Te4zGys2

Russell Westbrook could become the third player in NBA history to win MVP and Sixth Man of the Year. Only James Harden and Bill Russell have accomplished this incredible feat.

During the first quarter against Denver, Anthony Davis suffered a right foot injury after his leg made contact with Nikola Jokic’s leg under the basket. The eight-time All-Star will likely undergo an MRI.

“I don’t want to speak on it until I know exactly what’s going on,” Lakers coach Darvin Ham said. “I’ll know more tomorrow.”

Losing Davis would be a major blow for the team. Through 25 starts this season, the 11-year veteran is averaging 27.4 points, 12.1 boards, 2.6 assists, 1.3 steals, and 2.1 blocks per game. A few sportsbooks are giving Davis the 12th-best odds to win MVP this season.