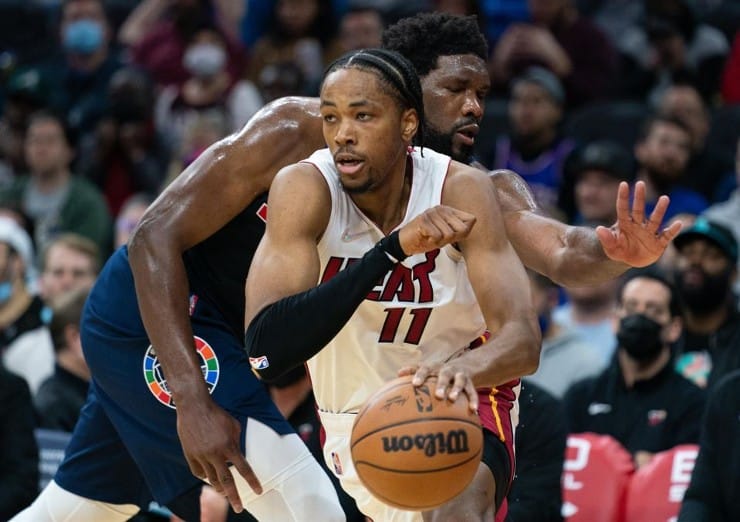 The Sacramento Kings have officially signed forward KZ Okpala to a two-year contract. His deal was first signed last Wednesday. According to JD Shaw of HoopsRumors, $250,000 is guaranteed for the 2022-23 season.

The Kings signed KZ Okpala to a two-year deal. Only $250k is guaranteed for this season, but it’ll increase to $500k if he isn’t waived before the first game. His 2023-24 salary is non-guaranteed.

Of course, if he’s still on the roster beyond June 30, 2024, his salary will become fully guaranteed. Per Basketball-Reference, the California native has made $4.19 million in his professional playing career.

Okpala was selected 32nd overall by the Phoenix Suns in the 2019 NBA Draft. He was then traded to the Miami Heat on July 6, 2019. A day later, he signed a multi-year contract with the team.

In five games played with the Heat during his rookie 2019-20 season, the wing averaged 1.4 points and 1 rebound per contest. He missed quite few games while recovering from Achilles tendonitis.

Then, in December 2019, the Heat assigned Okpala to the Sioux Falls Skyforce, the team’s NBA G League affiliate. In 20 appearances with the Skyforce, the forward averaged 11.7 points, 7 rebounds, 2 assists, 1.4 steals, and 1.1 blocks per game.

The wing could benefit the Kings’ frontcourt next season.

Additionally, during the 2020-21 season with the Heat, the Stanford product averaged 2.5 points and 1.8 rebounds per game in 37 appearances.

Last season, in 21 games off the bench with Miami, the wing averaged career highs 3.7 points and 2 rebounds per contest. Not to mention, he also shot career highs 43.5% from the field and 34.6% from downtown. Can he duplicate these performances with the Kings?

But the third-year player was waived by Oklahoma City two days later.

Now, KZ Okpala will have another chance with an NBA team.

He has to play his heart out during training camp with the Kings. The 23-year-old is more than capable of making a roster spot. An Exhibit 10 deal can be converted into a two-way contract.