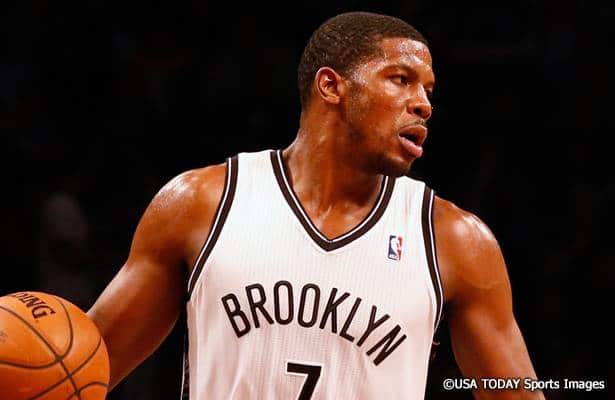 The Brooklyn Nets’ roster looked like a championship contender when it formed last summer. Then, it all seemed to fall apart before it was ever really put together. This team has quickly turned its success around in the past month, though, and the second half of the season is poised to be a totally different story than the first. Here are six things to know about the streaking Nets.

1. The Nets Were Never a Bad Team

Ok, ok, I can hear your outbursts and see your eye rolls. Hear me out. Yes, I am aware of their 3-10 record through November. Yes, I know they allowed 100 points or more in 12 of their first 20 games. Yes, I know they looked like a hot mess (to put it lightly) at the start of the season. But a team like this takes time to jell, and it doesn’t happen overnight. “We were never bad,” one Nets player said recently. When piecing together a group of All-Stars, players who are used to being “the man,” taking the last shot and having the ball in their hands for most of the game, building cohesion and chemistry is a process. Kevin Garnett echoed this sentiment for months while on the Celtics, stressing the value time and repetition plays into establishing a newly formed team’s identity. And that identity is one that has transformed throughout the course of the season. Losing Brook Lopez to a broken foot forced the Nets to change up rotations, which has led to a smaller lineup having bigger results in the W column. There is no lack of talent on the Nets. With time, they are figuring out how to translate that into wins.

2. Ringing in the New Year

As 2013 came to a close, the Nets finished the calendar year at 10-21 on a two-game losing streak. If the team’s New Year’s resolution was to turn the season around, they wasted little time. The Nets won their first game of 2014 with a victory over the Oklahoma City Thunder on the road. This began a five-game winning streak, which included back-to-back wins over the Golden State Warriors and Miami HEAT. After a loss to the Toronto Raptors, they picked back up with another five consecutive Ws. They are an Eastern Conference best 8-2 in their last 10 games, second in the NBA only to the 9-1 Thunder. The Nets will close out the month on Friday at home against Oklahoma City.

The Nets opened the season stacked with players that had the potential to be the leading scorer on any given team. So how would they share the offensive load when they had to sacrifice shots and touches? Over the past three months the gaps in individual scoring have closed and more players are getting involved in the offense, which leads to more matchup and spacing advantages for the Nets. Take a look at the top five scorers and how the contributions have transformed through January:

4. Garnett Keeps Turning Back the Clock

How much does he have left in the tank? Has his age caught up to him? Will this be his last run? These questions have surrounded Garnett for years as he accumulated season after season in a league in which he debuted in 1995. But just like he did on the Celtics, the 37-year-old has continued to prove skeptics wrong by putting together another efficient campaign after a shift on the court. Garnett began the season in his traditional power forward role. He struggled, averaging 6.4 points off 37.4 percent field goal shooting and a 76.9 percentage at the free throw line. As he experienced in Boston, he was switched to the center spot and flourished. Playing 16 games at the five, Garnett is averaging 7.6 points shooting 50 percent from the field and 91.7 percent at the line.

It can be challenging for a player establish a name for himself on an All-Star-studded roster. Second-year forward Mirza Teletovic has been making it look easy. Teletovic has emerged as a three-point threat this season, averaging a team-high 42.2 percent from beyond the arc. He has progressed throughout the season, averaging 37.3 percent from the field in November and increasing to 47.9 percent in January. Teletovic recently scored a game-high 34 points (7-11 3PG) in just 27 minutes off the bench in a win over the Dallas Mavericks. With his minutes jumping from 9.4 last season to 19.2, Teletovic is giving the Nets an extra dimension in addition to its starting cast.

The Nets are approaching the All-Star break with momentum that could lead to a high playoff seeding in the struggling Eastern Conference. While the Indiana Pacers and Miami HEAT have firm grasps on the conference, the rest of the spots are up for grabs. At 20-23, the Nets currently rank seventh but that could change quickly. Ahead of them are the Toronto Raptors (23-21), Atlanta Hawks (23-21), Washington Wizards (22-22) and Chicago Bulls (22-22). They still have multiple games remaining against sub-.500 teams, including three versus the Charlotte Bobcats and two against the Boston Celtics, New Orleans Pelicans , Detroit Pistons, Philadelphia 76ers, Cleveland Cavaliers, Orlando Magic and New York Knicks, among others. If they need to make a last-minute push, their April schedule features games against the Knicks (2), Pistons, 76ers, Magic (2) Hawks, and Cavs.