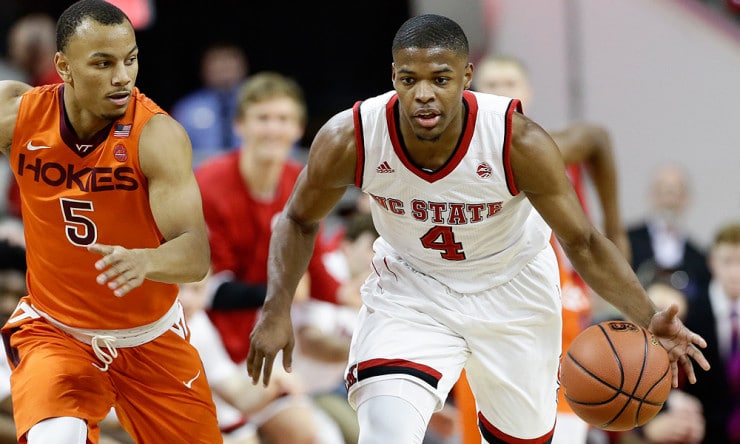 The 6-foot-3, 19-year-old point guard — known by his friends as “Junior” — finished his freshman year at N.C. State and became the NBA draft’s most mysteriously intriguing draft prospect — called its most athletic prospect.

Yet, partly because of N.C. State’s miserable season (4-14 in the ACC), fusses about bad body language, a bad injury (torn ACL before his senior year in high school) and spotty pick-and-roll defense, several mock drafts have him dipping to No. 8, where the Knicks sit.

However, The Post has learned [Dennis] Smith will work out for the Celtics on June 7. Yes, the Celtics, who own the first pick and figure to nab Washington’s Markelle Fultz. Smith already has worked out for Orlando (No. 6), according to sources, and has tentative dates with the Lakers (No. 2) and Knicks.