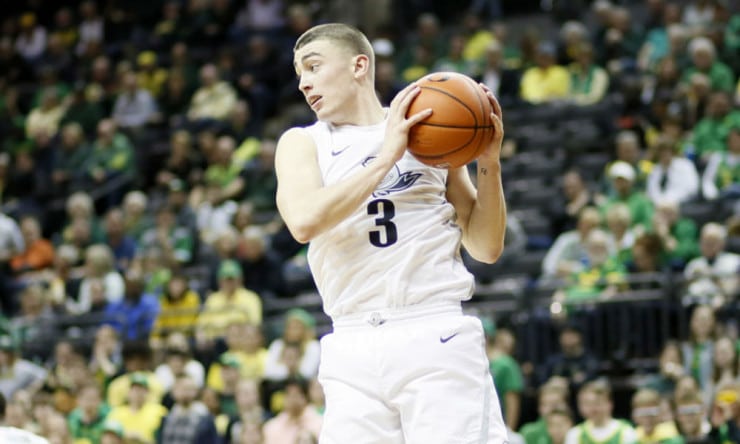 With the 26th pick in the 2020 NBA Draft, the Boston Celtics have selected Payton Pritchard from Oregon.

Pritchard, a senior out of the University of Oregon, was one of the draft’s oldest. That said, he should be more than capable of making an impact at the next level. A solid facilitator, Pritchard possess a strong on-court awareness and vision. And, while he forced a lot of shots up at Oregon, much of that had to do with his role on the team — Pritchard is often regarded as a strong shooter. Likewise, he’s shown some comfort in attacking off the bounce.

The Celtics have long struggled to draw fouls, and Pritchard (2.9 FTAs per game for his career) certainly won’t help in that regard. Further, and while he certainly put in the effort on defense, Pritchard is a bit undersized and could be exploited on that end of the court. Still, Pritchard should prove a capable backup option behind Kemba Walker for the Celtics.