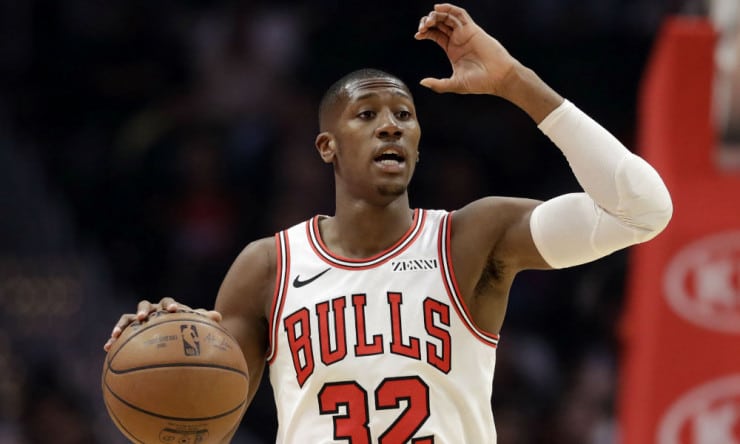 The [Chicago] Bulls have said all the right things regarding Kris Dunn’s future, insisting there’s a role for one of the centerpieces of the June 2017 trade of Jimmy Butler to the Timberwolves. And with Dunn scheduled to make $5.3 million on his rookie deal and being someone who typically responds when challenged, the Bulls won’t just give him away.

However, league sources said Dunn is available for the right price. In fact, the Bulls, sources said, have had discussions with the Grizzlies regarding a sign-and-trade for Justin Holiday. If that move materialized, it would not only alleviate the point guard logjam, it would add a veteran wing shooter.