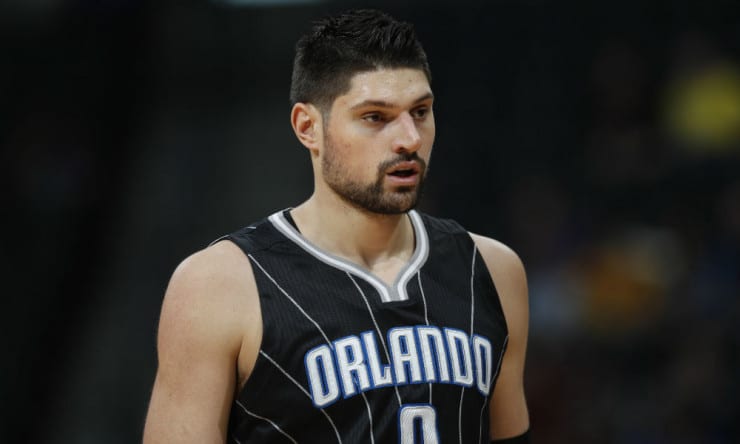 Orlando Magic center Nikola Vucevic left Saturday night’s 130-103 loss to the Washington Wizards with a broken bone in his left index finger. He will be out six to eight weeks, league sources told ESPN’s Adrian Wojnarowski.

Vucevic was injured with about seven minutes remaining in the first quarter. X-rays on Vucevic’s left hand revealed the fracture, and the Magic said he will undergo surgery at a date to be determined. After the game, he was seen with his finger protected by a splint and his left hand and wrist wrapped.

Vucevic said he got tangled up with Washington center Ian Mahinmi.

“I tried to get out,” Vucevic said. “As I went away I think he might [have] pulled my finger. I’m not sure. I heard it pop when it happened.”