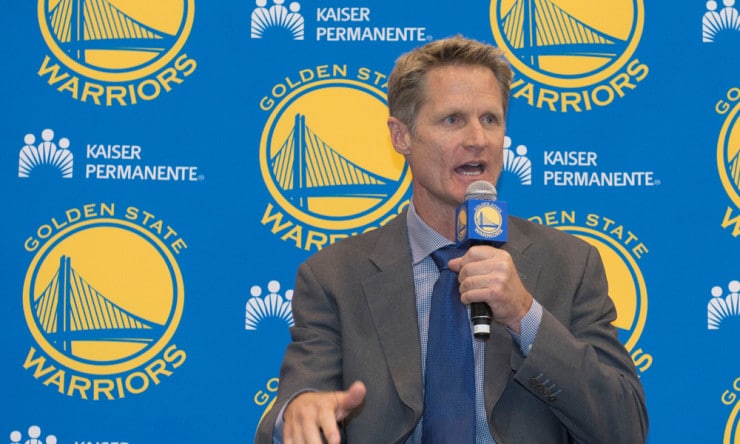 Golden State Warriors coach Steve Kerr says it’s “absurd” to cast Kevin Durant as a villain because he left the Oklahoma City Thunder as a free agent and joined the Warriors this summer.

“To think of Kevin Durant or Steph Curry or any of our guys as villains, it’s kind of absurd. Especially Kevin,” Kerr said Sunday in an interview on ESPN Radio’s TMI with Michelle Beadle and Ramona Shelburne. “This is one of the most likeable people in this league. He’s just an awesome human being. What he did in Oklahoma City was just amazing for that community.