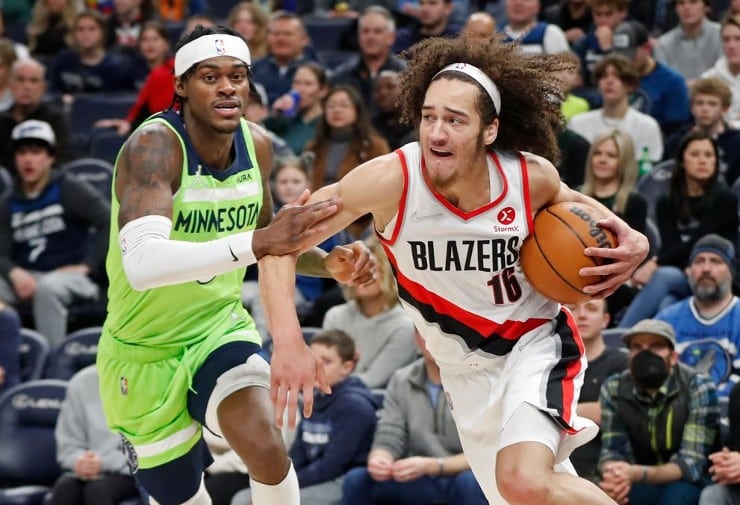 The Minnesota Timberwolves have signed center Luka Garza and forward CJ Elleby to Exhibit 10 contracts. Both NBA players will compete for a roster spot in training camp.

Garza signed a two-way contract with the Pistons on August 16, 2021. One month later, his two-way deal was converted into a standard contract.

Welcome to the squad, CJ! 🐺 pic.twitter.com/rQFtWCcbAy

While with the Motor City Cruise, the team’s NBA G League affiliate, Garza averaged 25 points, 8.3 rebounds and 2.3 assists per game. In just four games played, the center averaged 35 minutes per game and 50.7% shooting from the floor.

He was then selected to the NBA G League All-Rookie Team and All-NBA G League Third Team. The young player has the potential to play for the Timberwolves next season.

Last season, the center also recorded two 20-point performances in December and another 20-point effort back in April. He turns 24 on Dec. 27.

As for CJ Elleby, the 6’6″ forward was selected 46th overall by the Portland Trail Blazers in the 2020 NBA Draft. He was drafted out of Washington State.

Last season, in 58 appearances and 28 starts, Elleby averaged 5.8 points, 3.9 rebounds and 1.5 assists per game. He played 20.2 minutes per game during his sophomore season with the Trail Blazers.

Also, while playing 33.4 minutes per game, he shot 82.3% at the free throw line. CJ Elleby was then selected to the All-Pac-12 First Team. The 22-year-old could make the Timberwolves roster.