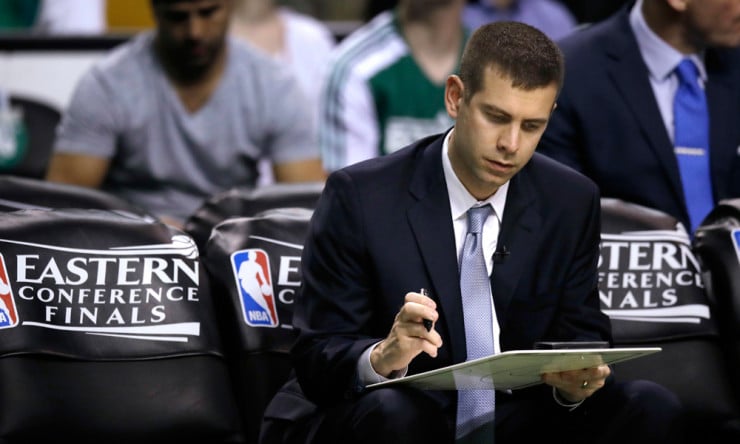 The Cleveland Cavaliers might be one win away from facing the Golden State Warriors in the NBA Finals for the third straight season, but Cavs coach Tyronn Lue said his team’s current opponent in the Celtics is enough of a handful.

“I don’t even think about them,” Lue said of the Warriors to a small group of traveling Cleveland beat writers following the Cavs’ Game 4 win Tuesday. “We’re just focused on Boston. The stuff they’re running, it’s harder to defend than Golden State’s [offense] for me, as far as the actions and all the running around and all the guys who are making all the plays, so it’s a totally different thing.”