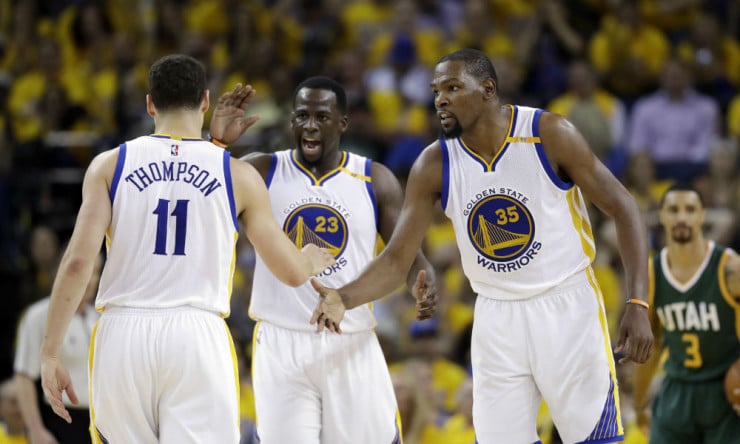 After a night of celebrating the Golden State Warriors’ latest NBA title, fans snapped up victory shirts and hats Tuesday, while Oakland crews were busy hanging championship banners along the parade route.

The parade will take place Thursday morning in downtown Oakland, following the same route as the team’s parade to celebrate the 2015 NBA title. It will start at 10 a.m. at Broadway and 11th Street, wind through downtown streets and end with a procession to the Henry J. Kaiser Convention Center.