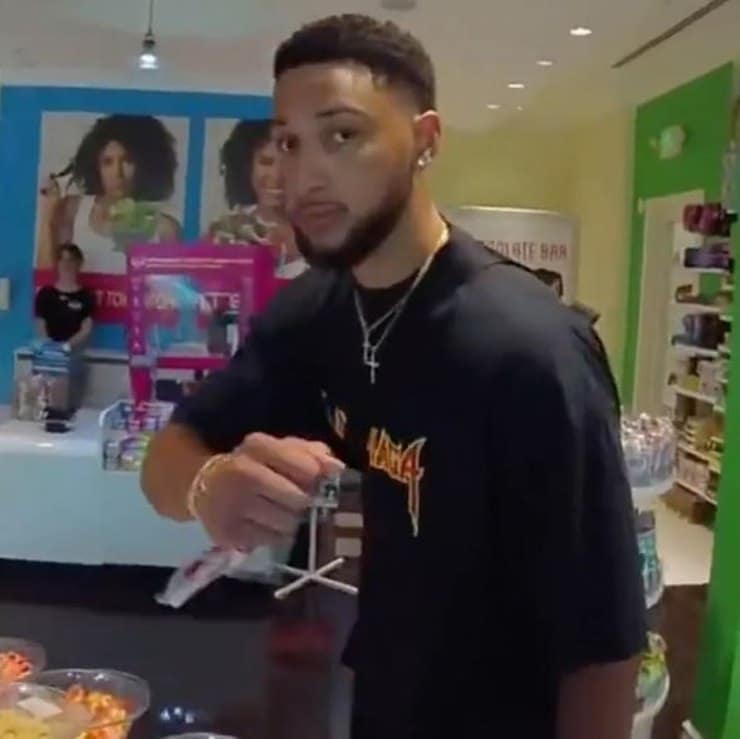 Watch as an NBA fan mocks Brooklyn Nets guard Ben Simmons, while shopping at the IT’SUGAR candy store. Based on the events throughout the 2021-22 season, the three-time All-Star has heard it all at this point.

However, how many times has he heard a fan call him Russell Westbrook? Simmons was just minding his own business at the store, and then a fan approached him.

At first, Simmons gave him a fist bump. Then, he appeared agitated seconds later.

“Don’t play with me,” responded Simmons.

It appears the player’s security guards were present to tell the fan to leave.

While watching the beginning of the video, a basketball fan might say to him or herself, ‘Simmons doesn’t look anything like Westbrook.’

However, it became clear that the video recorder was just mocking the fourth-year player. He called Ben Simmons Westbrook because both players have underperformed during crunch time.

Although Simmons missed all of last season, during the 2021 Eastern Conference Semifinals between the Philadelphia 76ers and the Atlanta Hawks, the guard averaged 9.9 points, 6.3 rebounds and 8.6 assists per game with the Sixers.

Of course, Philadelphia lost the series in Game 7 at Wells Fargo Center. In the 76ers’ 103-96 loss, Simmons ended his performance with 5 points, 8 rebounds and 13 assists in 36 minutes of action. Needless to say, fans thought he choked.

Additionally, in Westbrook’s first season with the Los Angeles Lakers, he averaged 18.5 points, 7.4 rebounds, 7.1 assists and 1 steal per game. It was the first time since the 2009-10 season Westbrook fell short of averaging at least 20 points per game.

Now, both players have a lot to prove in the upcoming 2022-23 season. Ben Simmons is expected to play his first regular season game with the Nets in October. Plus, Westbrook and the Lakers are preparing for their first season under head coach Darvin Ham.