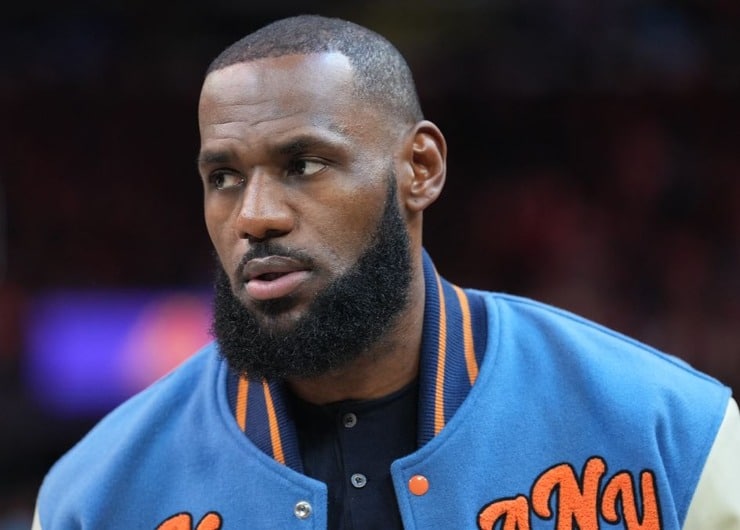 Brooklyn Nets forward Kevin Durant continues to break records each season, along with Los Angeles Lakers star LeBron James, who Durant considers to be one of the greatest NBA players of all time.

“To be the No. 1 in anything, there’s 8 billion people in the world, we just figured that out last week, so to be the No. 1 of all time at scoring the basketball, I’m sure it’s going to be a range of emotions for him,” Durant said at Friday’s shootaround.

Per multiple NBA betting sites, Kevin Durant possesses the seventh-best odds to win MVP in 2023. Some sportsbooks are showing LeBron James at No. 19 overall.

“Durant and James haven't played against each other since a Christmas Day game in 2018 due to a variety of injuries for both players”
—-
WOW, that’s a LONG time. LeBron James & Kevin Durant haven’t actively participated in the same game in FOUR years https://t.co/g7N8SjA9DC

“But to be in an era where we see this live is pretty cool as well,” continued Kevin Durant. “You probably can’t even describe the emotions and feelings him and his family and his friends are going to go through, but it’s cool to see it up close.”

On Wednesday, Durant passed Kevin Garnett for 18th on the all-time scoring list in the Nets’ 112-98 win over the Toronto Raptors. He’s entering Friday night’s matchup against the Indiana Pacers with 26,074 career points.

Moreover, Durant has not faced James since Christmas Day of 2018. Over the last four years, at least one of the superstars missed time either due to an illness or injury.

“I wasn’t thinking about it until y’all started bringing it up,” Kevin Durant added. “He’s obviously top-two player to ever play, top-three player to ever play the game, so it’s always going to be excitement when he steps on the floor.

And we’ve been around for so long that people have seen so many battles between us two at the highest stage that people look forward to it. It’s cool that we’re still relevant at an old age, people want to come watch us play.”

They both reached that mark in the same amount of games: 955 🤯 pic.twitter.com/pkQVYGM524

As for LeBron James, the four-time MVP has 37,311 career points, second only to Kareem Abdul-Jabbar (38,387). Of course, James has missed the last five games this season due to a groin injury.

As of right now, Kevin Durant and James are the only active NBA players with at least 26,000 career points.

On Jan. 30, 2023, the Lakers will take on the Nets at Barclays Center. If both players can stay healthy for that matchup, fans will finally get to see the two all-time greats battle it out once again.

According to the Lakers’ injury report, the 18-time All-Star is listed as questionable to play in Friday night’s road game against the San Antonio Spurs. And James is expected to make his return for this matchup.