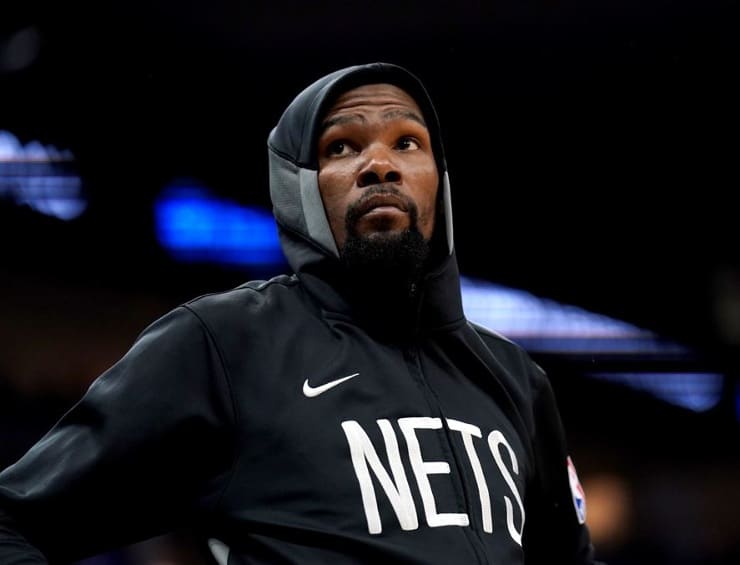 On Sunday, the Los Angeles Lakers defeated the Brooklyn Nets 116-103, and while on “The Pat Bev Podcast with Rone” YouTube show, Patrick Beverley insinuated that Kevin Durant was scared to dribble the ball against him. Go to the 30:16 mark in the video below.

“I took his ball at half, got a blocked shot,” said Beverley. “I mean, I’m a measly 6’1″. So, I don’t think you guys understand the art of defense — sped him up go to s—t , made him double pump a lot, inverted plays, took the big.”

Some NBA betting sites are giving the Lakers the 19th-best odds to win the championship in 2023. For right now, a few sportsbooks are giving the Utah Jazz and Portland Trail Blazers better odds.

“I’m getting them coming out body and body them there, checking them here,” mentioned Patrick Beverley. “Come on, man. It’s impressive… He [Durant] didn’t want to dribble the ball against me.”

Despite the Nets losing by 13 points, Durant was not the reason for their loss. The Lakers shot 48.4% from the floor and 40.7% from 3-point range.

Through 15 starts this season, the two-time Finals MVP is averaging 30.3 points, 6.5 boards, 5.3 assists, and 1.9 blocks. Plus, he has added two double-doubles and one triple-double to his career total this season.

“He was bringing the ball up,” continued Patrick Beverley. “I’d pick him up, he’d get off it. You know what I’m saying? That’s the thing people don’t understand when it comes to basketball.

A lot of gems in this postgame from Patrick Beverley, who set the tone with his defense on Kevin Durant and can now go out to eat (prolly at Ruth's Chris) pic.twitter.com/JRVKDUaVv5

Meanwhile, Patrick Beverley is logging a career-low 4.6 points per game this season. Considering the 11-year veteran has made starts in 11 games with the Lakers, his offensive performances have disappointed a number of fans.

Last season, in 58 starts with the Minnesota Timberwolves, the guard averaged 9.2 points, 4.1 boards, 4.6 assists, and 1.2 steals. Based on his numbers with L.A. so far, Lakers coach Darvin Ham might decide to bring Beverley off the bench.

Evident by social media posts, Kevin Durant is weak psychologically. However, the claim that Durant didn’t want to dribble against Beverley in Sunday’s game is a bit nonsensical. That would have made more sense five years ago.

Through 15 appearances, Durant has recorded eight 30-point games this season.