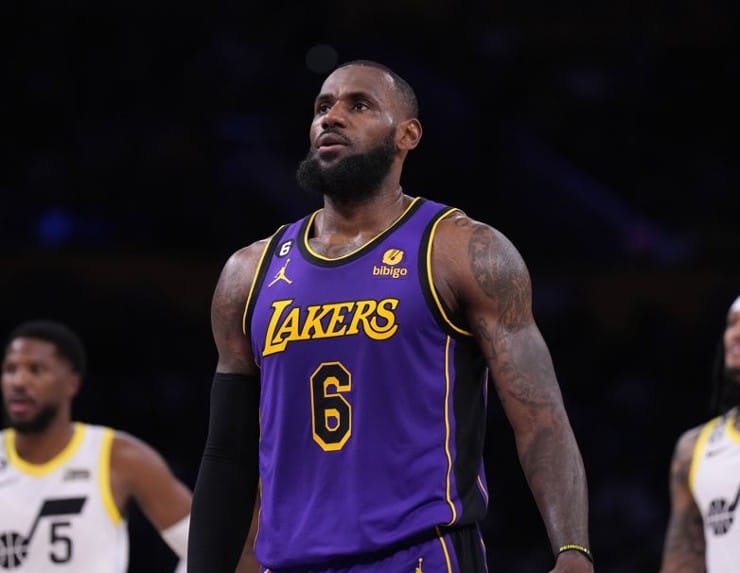 Los Angeles Lakers forward LeBron James was asked his thoughts on the Brooklyn Nets suspending Kyrie Irving for at least five games for posting a link to an anti-Semitic film.

“I can tell you this. It’s simple. Me, personally, I don’t condone any hate to any kinds, any race, to Jewish communities, to Black communities, to Asian communities. You guys know where I stand,” James said when asked why not as many NBA players are denouncing Irving’s social media comments.

Per multiple NBA betting sites, the Lakers have the 16th-best odds to win the championship in 2023. In the Western Conference, the Minnesota Timberwolves now have higher odds.

“I believe what Kyrie did cause some harm to a lot of people,” continued LeBron James. “He has since, over the last — today, or was it yesterday — he apologized. But he caused some harm, and I think it’s unfortunate.”

“I don’t stand on the position to harm people when it comes to your voice or your platform or anything,” continued the four-time MVP.

On Friday, Irving issued an apology on Instagram. However, fans are unsure whether his statements are sincere. Also, the Nets guard offered to donate $500,000 to the Anti-Defamation League (ADL). But the organization refused his donation.

“We cannot in good conscience accept his donation,” said ADL CEO Jonathan Greenblatt. “We were optimistic, but after watching the debacle of a press conference, it’s clear that Kyrie feels no accountability for his actions.”

To add insult to injury, Nike is also suspending its endorsement deal with Irving. This means the guard’s signature shoes will be removed from the shelves.

LeBron James on Kyrie Irving, says he doesn’t condone Irving’s post and that what he said was harmful to a lot of people. pic.twitter.com/hqrKZE08Lw

LeBron James felt he had to speak out on this, even if it meant calling out a former teammate. Though, some still question why several players waited so long to finally say something about Irving’s social media posts.

“So, it doesn’t matter what color your skin is, how tall you are, what position you’re in — if you are promoting or soliciting or saying harmful things to any community that harm people, then I don’t respect it. I don’t condone it,” mentioned the 18-time All-Star.

Cleveland Cavaliers center Robin Lopez was the first active player to denounce Irving’s actions. Jewish community leaders are upset that other superstars around the league have remained silent through this entire ordeal.

NBA commissioner Adam Silver believes the suspension for Irving is not enough. Per sources, LeBron James is reaching out to his fellow Lakers teammates to remind them the importance of condemning hate speech.