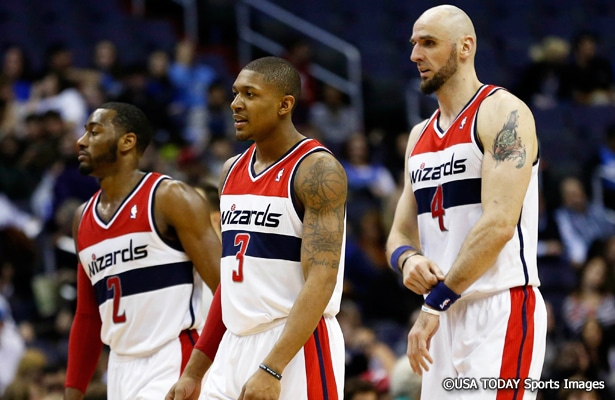 The Washington Wizards’ star backcourt practiced on Monday, and both Beal and Wall are expected to play in Game 2 on Tuesday. But they will be treating injuries suffered in Game 1 all the way up to tipoff.

Wall said he thought he initially broke his left wrist upon crashing to the floor on a drive to the basket with 3:05 left in the second quarter of the Wizards’ 104-98 victory in Game 1