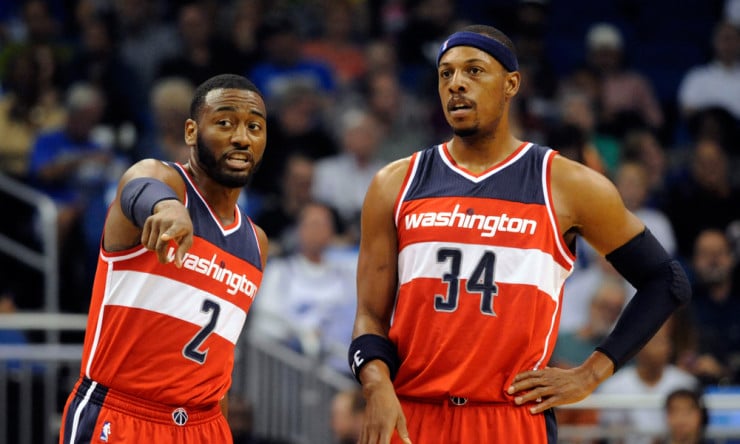 “I’d love him (Paul Pierce) back. I think he wants to be back. I don’t know, I won’t put words in his mouth, but I’d be surprised if he didn’t,” (Wizards Coach Randy) Wittman said. “I think what he saw with these guys and the heart this team has. Why wouldn’t you want to play the end of your career with a group like that?”

“Guys like him that are Hall of Famers never cease to amaze you and I thought he was a real big lift for us this year,” Wittman said. “Not only what he did on the floor but his leadership and direction that he gave us in the locker room with these guys. You can’t coach that. That’s something you either have or you don’t. He’s got it. He gave us all he could in these two series. We rode him.”