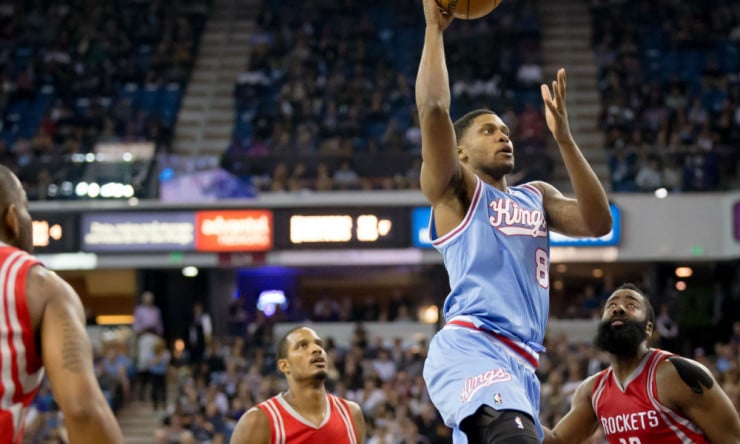 Rudy Gay has more in common with DeMarcus Cousins than he probably thinks. Though not nearly as animated, not known for dramatic mood swings or eruptions involving his coaches and referees, the Kings’ veteran small forward is as transparent as filtered water.

And the man is miserable. He has been moping around for the better part of two seasons. His decision to opt out of the final year (2017-18) of his contract comes as no surprise. It was Gay – in his familiar and typically polite way – encouraging the Kings to trade him, preferably to a contender, and sooner rather than later. He has no intention of re-signing with the team.

Source: Ailene Voisin of the Sacramento Bee
Related Topics:Sacramento Kings
Up Next