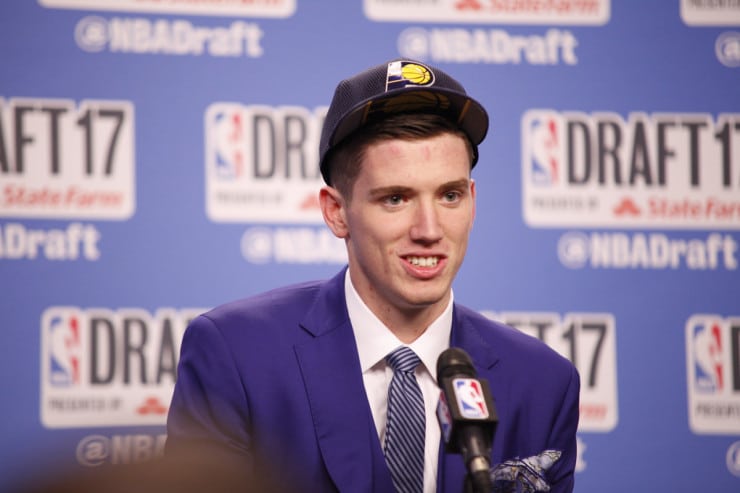 With the No. 18 pick, the Indiana Pacers took forward T.J. Leaf out of UCLA.

In his lone season at UCLA, Leaf was the leading scorer at 16.3 points per game for a Bruin team that was the second highest scoring team in the nation. He is a versatile forward whose skills look to translate well in today’s NBA. He can play in the paint as well as step back and hit the outside jumper, shooting nearly 47 percent from three last season at UCLA.

The Pacers are a team at a crossroads right now. Paul George has apparently informed the team he intends to leave once his contract is up at the end of the 2017-18 season. Should they trade George before that and fully enter a rebuild, Leaf is a solid piece to have. He’s a guy that could work next to Myles Turner in the front court, with tons of shooting on the court in unusual places.