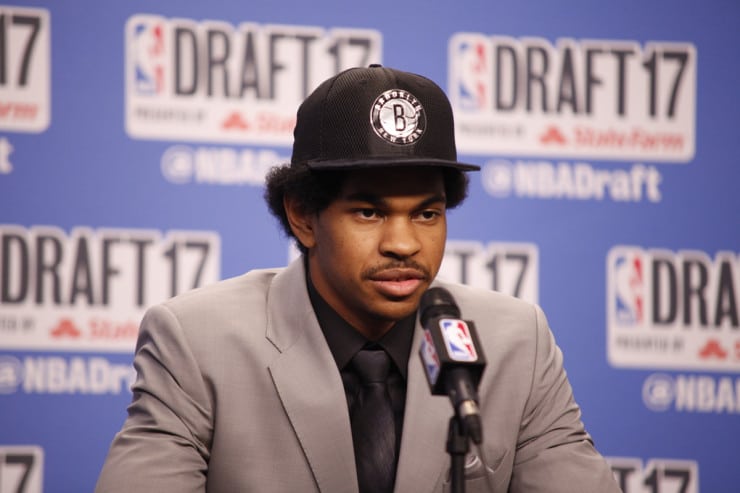 With the No. 22 overall pick in the 2017 NBA Draft, the Brooklyn Nets selected center Jarrett Allen from the University of Texas.

Just a few days after trading away Brook Lopez, GM Sean Marks and the Nets will have hopefully found his long-term replacement. As a freshman, Allen averaged 13.4 points, 8.5 rebounds and 1.5 blocks per game for a Longhorns team that went 11-22.

At No. 22, Allen represents a high potential selection for Brooklyn, a team that is in need of talent at every position. His soft touch around the rim and ability to run the floor should be a strong fit in Kenny Atkinson’s uptempo offense in 2017 and beyond.

With just Justin Hamilton and Timofey Mozgov ahead of Allen on the roster at center, the rookie should have plenty of opportunities to flourish in Brooklyn. The Nets were reportedly interested in packaging the No. 22 and No. 27 selections to move up, but once they moved the latter in the early week deal for D’Angelo Russell, they’ll be pleased that one of the draft’s top centers fell into their laps.

Allen is now the eleventh player from Texas in the NBA, joining the likes of LaMarcus Aldridge (2006), Avery Bradley (2010) and Kevin Durant (2007) on the big stage. Barring any trades, the Nets will select again at No. 57 in the second round.