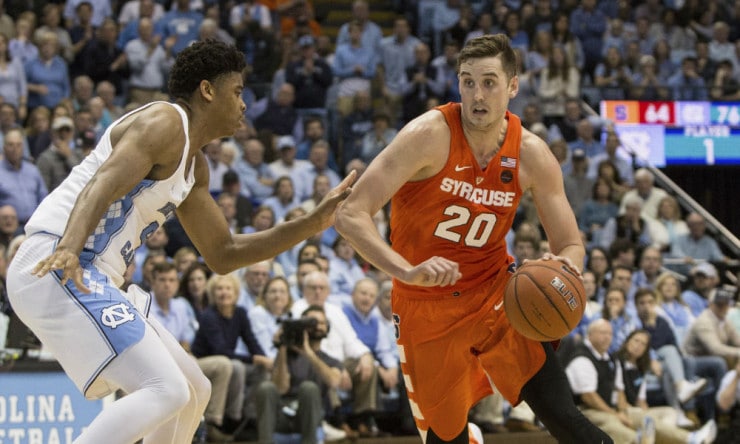 After moving down from the 13th slot and obtaining Trey Lyles from the Jazz in return for the swap, the Denver Nuggets selected former Syracuse sophomore Tyler Lydon with the 24th pick in the 2017 NBA Draft.

Lydon, an All-ACC Honorable Mention last year for Syracuse, adds another bit of intrigue to what’s now a packed young frontcourt in Denver. Lyles and Lydon join foreign upstarts Nikola Jokic and Juancho Hernangomez, and the Nuggets will now have a number of potential options with their big lineups. Jokic and Hernangomez both provide shooting, and while Lyles struggled badly here as a sophomore in Utah, it’s what he was drafted for.

Lydon, on the other hand, is a bit more of a mixed bag. He’s a strong spot-up shooter who also did a bit of everything for the Orange. Whether he can translate defensively to the NBA will be a big question, like many Syracuse prospects, and the Nuggets are still lacking a sure-thing defensive presence on the back line. But few of those were really available at this slot, and Lydon is another shot at a stretchy, intelligent player who can fit within a deep roster. He’ll need work when smart defenses close out hard to his spot-up looks and force him to put the ball on the floor, but there won’t be a lot of pressure on him for the first couple years with the Nuggets. This is a smart pick to add to a growing stockpile for the Nuggets.