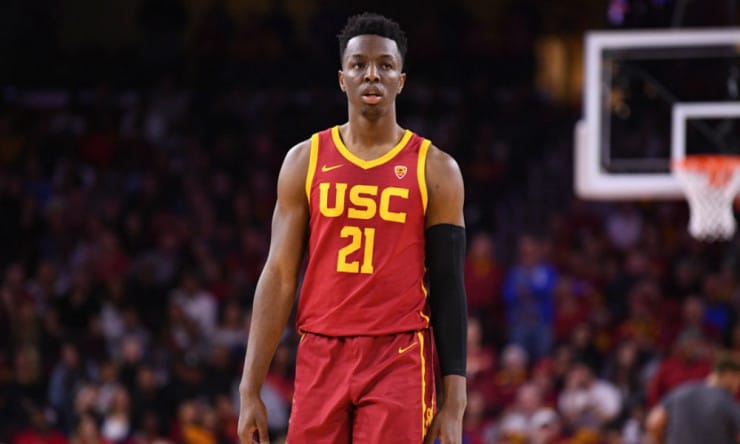 With the sixth pick in the 2020 NBA Draft, the Atlanta Hawks select Onekya Okungwu from USC.

With Okungwu, the Hawks get the defensive help that they desperately need. Yes, between John Collins and Clint Capela, the Atlanta already has a glut of talented big-men. But Okungwu brings a certain versatility to the lineup that those two don’t, particularly on the defensive end.

Okungwu has long been lauded for his defense. He was a strong rim-protector for the Trojans – Okungwu averaged 2.7 blocks a game – and more than held his own in the pick-and-roll.

Even if he’s offensively raw, Okungwu is another step in the right direction for Atlanta.