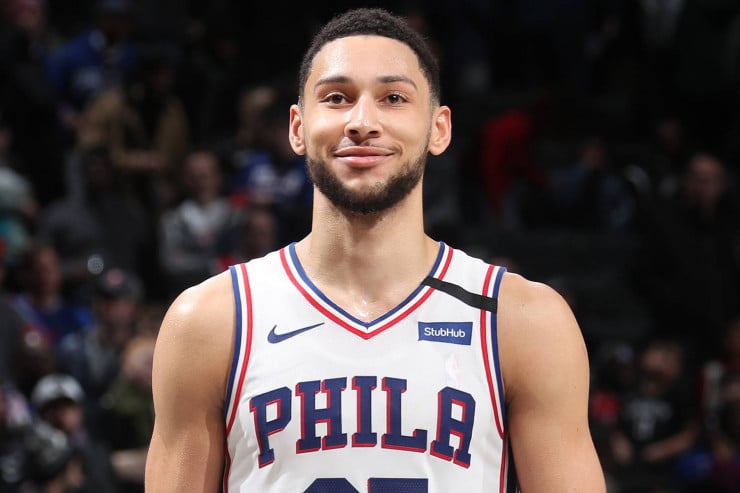 According to MyBookie, the Sacramento Kings are the favorites (+250) to sign Philadelphia 76ers‘ point guard Ben Simmons. Notwithstanding their current luxury tax space amount of $5,521,317, they are $25,465,197 over the cap. To add to that, the Minnesota Timberwolves have the second-best odds (+400) of trading for Simmons. While the Toronto Raptors‘ odds show +2000, tied for sixth with the Washington Wizards, they are in active trade negotiations with the 76ers.

Though, per sources, 76ers general manager Elton Brand is not amused by the current Minnesota and Toronto trade proposals brought into the discussion for Simmons. Either team could enhance their offer soon in the coming days, if one of these aforementioned teams are willing to bet the farm on the fourth-year player. The Kings could also step in and make a move. In the 2020-21 NBA season, the guard averaged 14.3 points, 7.2 rebounds and 6.9 assists in 58 games played. Simmons also shot 55.7 percent from the field and 30 percent from three-point range.

The 76ers have conducted expansive discussions with several teams for Ben Simmons, including Minnesota and Toronto.

But neither a Timberwolves package nor the Raptors’ proposals have appealed to the 76ers as of yet.

The 25-year-old Australian was selected first overall by the 76ers in the 2016 NBA Draft. The three-time All-Star ranked 10th among active players in triple-doubles (four) last season. Career-wise, he has 32 triple-doubles, ranking 13th overall and sixth among active players. Defensively, Simmons is still one of the best players in the league. He averaged 1.6 steals per game last season, ranking seventh in the NBA. Plus, Simmons ranked fifth in defensive rating (106.1).

Whether the guard is shopped to the Raptors or Timberwolves, oddsmakers are expecting Philadelphia’s front office to move the player before the start of the 2021-22 NBA season. Preseason begins on October 3rd; the regular season kicks off on October 19th. Of course, bettors are predicting a trade during preseason. On July 16, 2019, Simmons signed a five-year, $169.65 million contract extension with Philadelphia. He will earn $31.59 million next season and $33.93 million in the 2022-23 season.