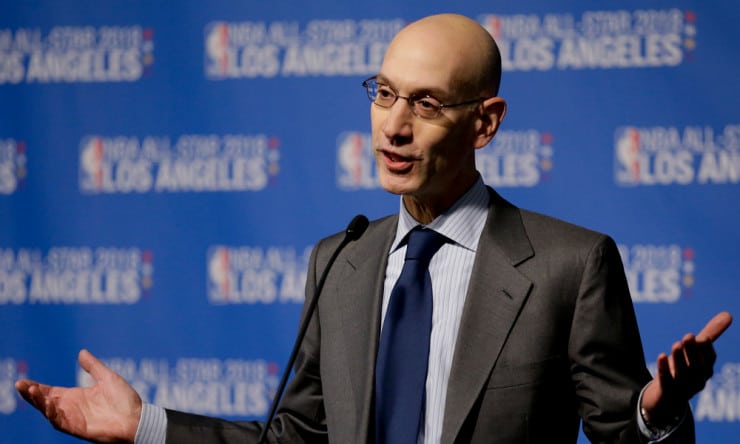 NBA Commissioner Adam Silver said he doesn’t have first-hand information about the recent Kyrie Irving trade request, another layer of intrigue during a rocky summer for the Cleveland Cavaliers, but isn’t happy about a championship team possibly getting broken up.

“I feel bad for whatever is going on in Cleveland. I assume where there’s smoke there’s fire,” Silver said during a wide-ranging interview on The Rich Eisen Show Monday. “It’s upsetting to when you see superstar players who have coexisted and have had so much success together — three Finals in a row and one championship — to hear that for whatever reason there is a sense that they can’t continue to coexist.

“Yeah, that’s drama. But it’s not necessarily the kind of drama that the league wants.”

Source: Adam Silver on The Rich Eisen Show via Chris Fedor of Cleveland.com