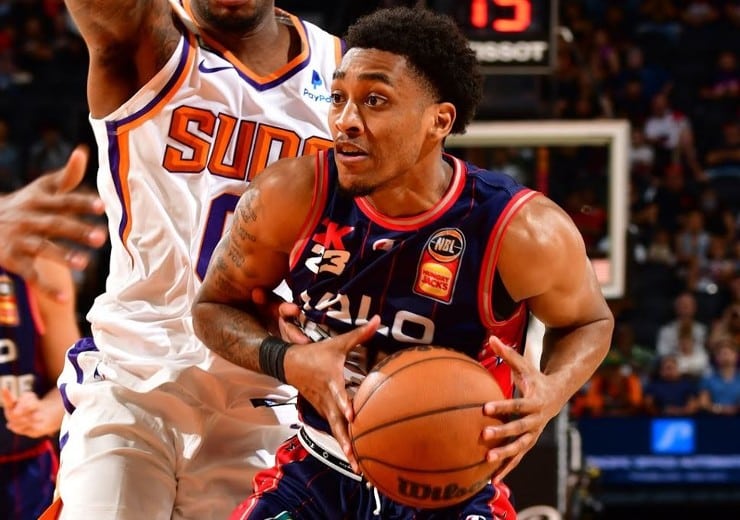 On Sunday, the Adelaide 36ers of the NBL made history in their 134-124 win over the Phoenix Suns, becoming the first Australian-based club to defeat an NBA team. At one point, the 36ers had a 16-point lead.

The 36ers became the first non-NBA team to win a preseason game in the United States since Fenderbahce — a Turkish basketball club — defeated the Brooklyn Nets in October 2015.

Several NBA betting sites had the Suns winning by double digits. According to some sportsbooks, the Suns possess top-1o odds of winning a championship in 2023. Feel free to compare title odds.

Adelaide 36ers are the first NBL club to beat an NBA team, winning 134-124 over the Phoenix Suns

Was the win a fluke? One anonymous NBA executive doesn’t think so. “The gap is closing,” the unknown source told ESPN after the exhibition matchup. On the other hand, some fans are downplaying this loss by just calling it a meaningless preseason game.

36ers wing Robert Franks ended his performance with 32 points, 7 rebounds, 3 assists, 2 steals, and 1 block in 42 minutes on the court. So, that was almost double the time.

The @Adelaide36ers created history as the first NBL side to knock off an NBA team. Led by import Craig Randall, the 36ers overwhelmed Phoenix to send NBA stars and US sports fans into meltdown. 7NEWS Adelaide at 6pm | https://t.co/8ftPfFYTVQ @_andrewhayes #7NEWS pic.twitter.com/kDJD7rmE5M

Additionally, the Suns’ reserves outscored the 36ers’ bench 57-26. Phoenix outscored them 64-30 in the paint as well.

Perhaps the bigger story here should pertain to terrible defensive outings by both teams. Phoenix surrendered over 30 points in the first, second, and fourth quarters.

Those could say that the Suns’ backups were outmatched by Adelaide’s starters throughout most of the game. The Suns also won the turnover battle.

Though, another difference-maker was points off turnovers. The Adelaide 36ers committed 24 turnovers, whereas Phoenix finished with 16. But the 36ers still scored 32 points off the Suns’ 16 turnovers.