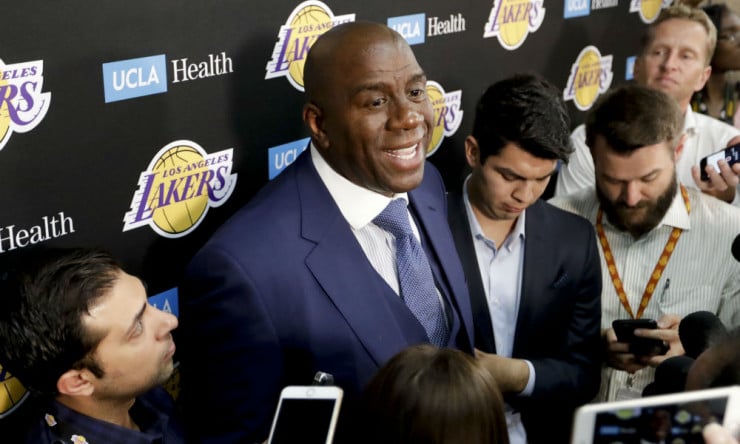 Andre Ingram was expecting to go through his G League exit interview the same way he has done for 10 consecutive years when he was asked to come to the Los Angeles Lakers/South Bay Lakers practice facility a day earlier than scheduled. As the 32-year-old veteran shooter with salt and pepper hair answered questions about how he thought the G League team’s season went, Ingram noticed Lakers team president Magic Johnson and general manager Rob Pelinka standing in the room full of South Bay Lakers brass.

It wasn’t long before Ingram was informed that his dream of being called up to the NBA would come true after a decade of grinding in the NBA’s minor leagues. In a heartfelt moment that was captured on a video that went viral on Monday, the Lakers surprised Ingram by signing him for the remaining two games of the NBA season.