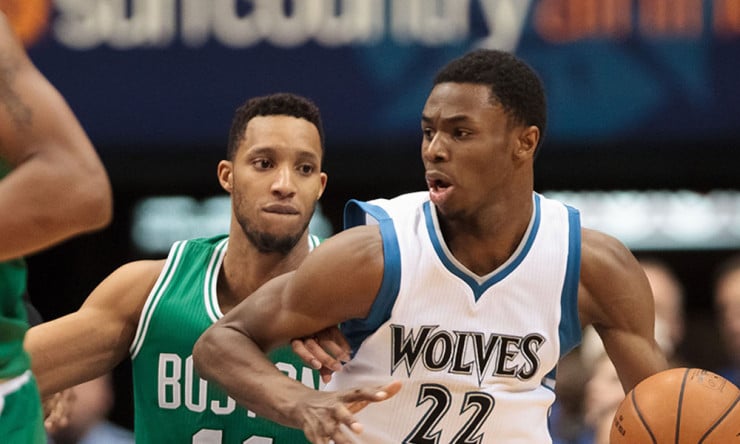 The Minnesota Timberwolves’ Andrew Wiggins, who led all first-year players in scoring, is the recipient of the Eddie Gottlieb Trophy as the 2014-15 Kia NBA Rookie of the Year, the NBA announced today. He is the first Canadian-born winner of the award and the first player in the Timberwolves’ 26-year history to earn the honor.

Wiggins averaged 16.9 points, the second-best mark by a rookie in Minnesota history, behind Christian Laettner’s 18.2 points in 1992-93. He appeared in all 82 games and ranked fourth in the NBA with a rookie-leading 36.2 minutes, the highest average ever by a Timberwolves rookie. The 6-8 Wiggins led or tied for the Minnesota lead in scoring a team-high 25 times and reached the 20-point mark in 31 games. He finished ninth in the NBA in free throws made (354) and sixth in free throws attempted (466), good for 76.0 percent. Wiggins also averaged 4.6 rebounds and 1.05 steals, both top-10 marks among rookies.