Connect with us
Home » news » Basketball Insiders Week In Review 129 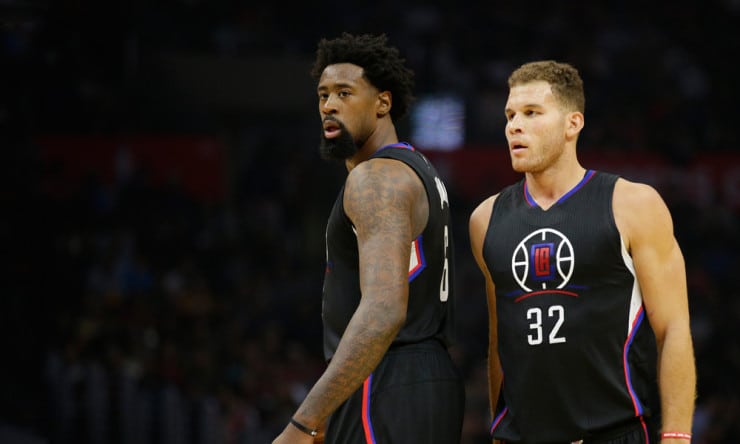 For Clippers, the Window is Closing

As Russell Westbrook, James Harden and Kevin Durant emerge as arguably the frontrunners for this season’s Most Valuable Player Award, in earnest, the NBA world has been reminiscing back to a more pleasant time. In the not so distant past, the Oklahoma City Thunder featured the three rising superstars (as well as Reggie Jackson and Serge Ibaka).

When it’s all said and done, don’t be surprised if 15 years from now, that Thunder team is looked upon as the finest example of not assuming that success awaits around the corner.

The second finest example, unfortunately, just might be the Los Angeles Clippers.

Finding Value Outside of Offense

Chicago Bulls guard Michael Carter-Williams can’t shoot. That was the knock on him coming out of Syracuse in 2013. It was the reason general manager Sam Hinkie traded him from the Philadelphia 76ers after winning Rookie of the Year, and it’s why there are still plenty of really smart basketball people who insist he can’t be a great point guard. In today’s NBA, execs want their point guards to knock down three-pointers. Carter-Williams doesn’t do that particularly well.

In fact, he is a career 25.2 percent shooter from deep, and he’s shooting a career-worst 21.9 percent from long range in his first season in Chicago. It’s not an area of strength for him, and he’ll be the first to admit that.

Former head coach George Karl has made headlines over the past month due to his recently released book titled “Furious George,” which chronicles his 40-year journey in the NBA. Karl held nothing back when it came to thoughts regarding his former players and bosses. Being outspoken and raw in this manner typically would leave many to think he’s effectively retired. But at 65 years old, Karl believes he has more to give to the game of basketball.

Basketball Insiders recently caught up with Karl to talk Carmelo Anthony, his future plans, Russell Westbrook, the MVP race and his take on younger players.

Magic Plan To Be Aggressive In Trade Talks

Orlando Magic general manager Rob Hennigan opened up in a wide-ranging Q&A with the Orlando Sentinel’s Josh Robbins about the state of the team, his views on how the season has played out and some areas of focus going forward.

The Magic are currently 18-28 on the season and have lost eight of their last 10 games, putting them four-and-a-half games out of the eighth seed in the East. The Magic have been one of the common names in NBA trade circles, something Hennigan admitted his team was aggressively exploring.

Last night, All-Star rosters for each conference were finalized with the announcement of the reserve players. Of course, the conversation now shifts to which players were snubbed from the game that should have been included.

With only 12 spots available, there will always be a player or two snubbed from the game. This year, several players made a strong case to earn their first trip to the game but ultimately didn’t get the nod. Some of these players could still earn an invite to the game should an injury occur between now and All-Star weekend, but that remains to be seen.

As we’ve already covered which players were snubbed from the game, we’d like to discuss which players have established themselves as future All-Stars. With so many players in the league, this list could go on for a while, so we narrowed it down to six potential players. Of course, there could be other players not mentioned here that ultimately earn an All-Star selection in the future, but we settled on these guys. For this list, we considered players with less than five years of experience. Sorry, Mike Conley.

The statistics posted by both players and teams over the first few years of that decade are simply absurd, almost to the point of being inconceivable.

These numbers were, in some respects, similar to stats baseball players posted during MLB’s “steroid era,” except that instead of using illegal performance enhancing drugs to boost their statistics, NBA players simply used extra possessions. More on that in a minute.

The 1961-62 season, in particular, is legendary, as it represents the peak of this statistical boom.

Austin Rivers Hitting on All Cylinders

There has been a consistent flow of rumors revolving around New York Knicks forward Carmelo Anthony over the last week. The Knicks have reportedly been engaging multiple teams in trade discussions in an attempt to move Anthony, which is complicated by the fact that he has a no-trade clause and a 15 percent trade-kicker in his contract.

Under normal circumstances, the Clippers would not be a realistic team to engage New York in discussions for Anthony. The Clippers aren’t going to trade Chris Paul, Blake Griffin (who is precluded from being traded to the Knicks under the CBA) or DeAndre Jordan and they don’t have the sort of young talent or trade assets that normally would be required to land a player like Anthony. However, with his no-trade clause, Anthony can veto any deal, which limits the market to teams like the Cleveland Cavaliers and Clippers.