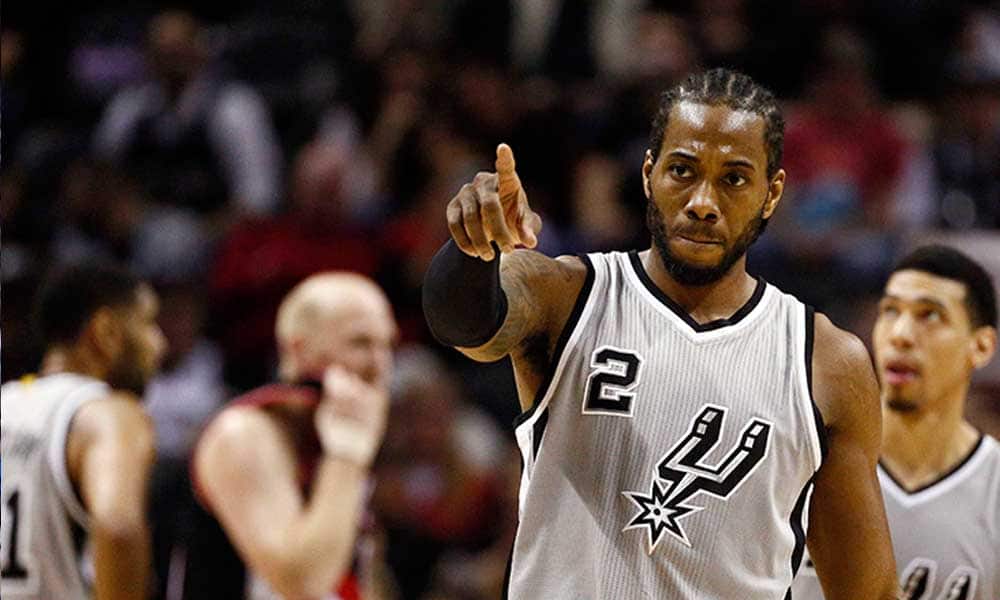 Look up the definition of the word “thriving” in the dictionary, and you just might find a picture of Enes Kanter, the starting center for the Oklahoma City Thunder. Dictionary.com defines the word as “to grow or develop vigorously,” which accurately describes what Kanter has experienced since joining the team seven weeks ago at the trade deadline. While many national pundits and people outside of Oklahoma City have criticized Kanter’s play (particularly his defensive issues), his Thunder teammates and head coach have been very supportive and welcoming.

Kanter, the Utah Jazz’s third overall pick in the 2011 NBA Draft, seemed to be doing well during his fourth year in the league. In 49 games, he was averaging 13.8 points and 7.8 rebounds in 27.1 minutes, but he was growing frustrated with his role amid the frontcourt logjam. He was not happy with the stretch-four type of player Utah was trying to sculpt him into, nor was he happy with their non-competitive 19-34 record before the All-Star Break. Kanter started vocalizing his desire for a trade, and the Thunder made its move.

The NBA Draft Is Far From Perfect

The funny thing about the NBA Draft process is that even with as much time as executives spend on looking at players, history shows that the process is anything but precise. As much as teams think they know, the miss rate on the draft is really high.

As the 2015 NBA season comes to a close in just a few days, many teams will shift their focus full-time to the NBA draft and workouts and player evaluations will ramp up.

Here is a look back at the last six NBA Draft first rounds. For many teams, the draft hasn’t been nearly as kind as it has been to others.

When Thomas Robinson was traded from the Sacramento Kings to the Houston Rockets in the second half of his rookie season, a lot was made about how rare it is to see a top-five lottery pick get moved so early in his career. Robinson was raw, but on a Kings team looking to load up with as much talent as possible, he didn’t seem so raw that it would be worth giving up on him quite so quickly.

What has been odd in the two seasons since is that Robinson has been shuffled around three more times, once in an offseason deal that sent him to the Portland Trail Blazers, then again this past season in a deadline deal that shipped him to the Denver Nuggets, who immediately waived him. Shortly after, he agreed to join the Brooklyn Nets and was preparing to meet the team only to be unexpectedly claimed off of waivers by the Philadelphia 76ers.

Leonard Becoming Face of the Spurs

The same stoic face that he has on the court and in press conferences is exactly how he looked with family and friends at a New York hotel hours after being drafted by the San Antonio Spurs in 2011. On one of the most exciting nights of his life, he had the same blank stare on his face while others celebrated around him.

That’s just Kawhi. Don’t confuse that look with apathy when it comes to basketball. Just because he doesn’t jut out his jaw like Kobe Bryant or snarl like LeBron James doesn’t mean anything. He may be shy, but he’s an intense competitor with a relentless work ethic and a desire to be great.

Perkins: James and Garnett ‘On the Same Level’

Kendrick Perkins played over three seasons with Kevin Garnett. During that time, LeBron James was enemy number one, the Boston Celtics’ biggest foe on the Cleveland Cavaliers as they fought to rule the Eastern Conference.

Four years later, that rival is now Perkins’ teammate. He sees similarities between his past and present team leaders.

“Him and KG are on the same level,” Perkins said. “They’re both so unselfish, it’s crazy. They [really like] making other people great. Then when you hear them talk outside of the court, it’s on a whole other level. They know their [stuff] front to back. LeBron could be a GM some day.”

Raptors Hope to be at Full Strength for Playoffs

The Toronto Raptors have spent the last several weeks playing without some key contributors. With just two games remaining in the regular season, they’re closer to being back at full strength with the playoffs starting this weekend.

Like most teams, the Raptors have gone through their fair share of injuries. DeMar DeRozan has missed 21 games, All-Star point guard Kyle Lowry has missed eight games, Amir Johnson has missed seven games and Tyler Hansbrough has missed five games this season for Toronto. Perhaps none of those injuries occurred at a worse time than the injuries to Lowry and Johnson.

Lakers Have Little Room For Mistakes

For Lakers fans today, five years must feel like an eternity.

The Lakers (21-60) are wrapping up their second straight season with more than 55 losses, franchise cornerstone and future Hall of Famer Kobe Bryant is losing the battle to Father Time, the team has been unable to land marquee free agents despite cap space and – in the case of former All-Star center Dwight Howard – unable retain a star that was already in the fold.

6 X-Factors to Watch in the Playoffs

As fun as the regular season can be, the postseason is where the real drama takes place. It is when star players step up for their teams and, at times, single-handedly take over a game or a series. Guys like Stephen Curry, Tim Duncan, James Harden, Chris Paul, LeBron James, John Wall and Kyle Lowry are the type of star players who will either step up and lead their team to victory or come up short and allow their team to suffer an early postseason exit.

But sometimes we see unexpected players step up and become a key difference-maker in a postseason game or series. For example, in the 2013 playoffs, Nate Robinson was excellent for the Chicago Bulls and, essentially, won a crucial Game 4 on his own against the Brooklyn Nets. The Bulls went on to win that series 4-3, largely on the back of Robinson, who was filling in for an injured Derrick Rose.

Houston went 3-1 against Dallas on the year, but outscored the Mavericks by only four points total. The key here, however, was Dwight Howard’s availability – he missed three of these contests and was limited in the fourth. Howard will be a force down low; an expected heavy dose of pick-and-roll with James Harden and Howard may keep Tyson Chandler from affecting as much of the game defensively as he often does. Howard will also provide a much-needed dose of interior defense against an attacking presence like Monta Ellis.

At times, the proverbial basketball gods can have a peculiar sense of humor, as the Los Angeles Clippers had to endure a series of injuries to key players as well as roster issues throughout the year. They found a way to finish the season on a 14-1 stretch while securing home court advantage for the first round even while navigating a ridiculously tough Western Conference playoff race, and still find themselves in what is certain to be an all-out dogfight with a strategically-rested San Antonio Spurs team that also happens to be playing its best basketball of the season.

The Toronto Raptors will enter the 2015 NBA Playoffs having turned in the most successful regular season in franchise history. Their 49-33 record is one game better than last season’s 48-34 mark, but the Raptors will collectively hope for a different fate than the one that they met last season. It took the Brooklyn Nets all of seven games to do so, but they managed to eliminate the Raptors last spring. This year, with that experience under their belts, DeMar DeRozan and Kyle Lowry now hope to lead the team to the second round of the playoffs for just the second time in franchise history and the first time since 2001.

The Warriors have just completed one of the best regular seasons in NBA history, as one of only 10 teams to finish 67-15 or better and one of only eight to win their games by an average of 10 points or more. Per NBA.com, the Warriors were second in offense (109.4 points per 100 possessions, 1.3 points above third place Toronto) and first in defense (98 points/100, 1.3 points ahead of second place Milwaukee).

Their net rating of 11.4 was 4.5 points/100 higher than the second place L.A. Clippers. They also tied for the second-best home record ever at 39-2, and of course have home court throughout the playoffs.  Make no mistake, this was an all-time great team by any possible regular season metric.