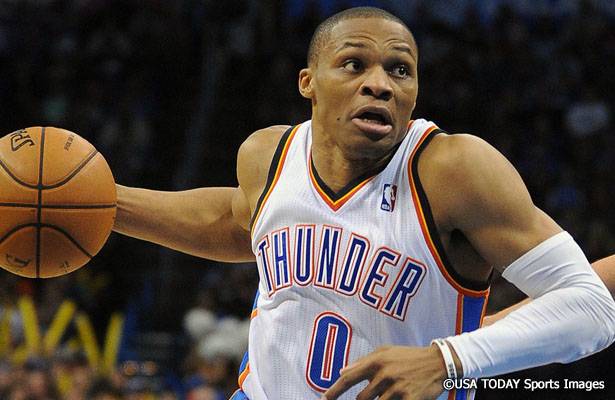 It’s that time of year again; the time of year when coaches get fired, fingers start pointing and NBA fans and media alike start assigning blame and second-guessing management. It’s time of year when teams that thought they were contenders find out they’re not, and someone has to pay for that revelation.

The Oklahoma City Thunder are not yet out of the running for this year’s championship, yet as they prepare for today’s Game 3 of the Western Conference Finals after being easily brushed aside by the San Antonio Spurs in the first two games, there is blood in the water and the sharks are already circling.

Ode to Erik Spoelstra: The Fire Behind the HEAT

Four years ago, in Miami, the fireworks of hubris exploded and the pep rally ensued. LeBron James stood before Miami HEAT fans in his white hot uniform and declared that a dynasty was developing.

He famously counted out aloud, pontificating that Pat Riley would eventually eclipse Phil Jackson as the contemporary NBA’s lord of the rings.

And way back then, back before James knew what it felt like to embrace the Larry O’Brien trophy, the green Erik Spoelstra was thought to be in over his head.

Can Miami Keep The Big Three?

For some unexplainable reason – well not entirely unexplainable – there is this public and media driven belief that Miami’s Big Three of LeBron James, Dwyane Wade and Chris Bosh are somehow destined to break up. If not this summer, next summer or the summer after that.

All three players signed similarly constructed deals – they all have an option for free agency in July, another one next July and their contracts come to an end in July of 2016. So they all have the option to leave every summer for the next three years.

Although there may be some people who still would be in favor of the Los Angeles Lakers pursuing free agent Carmelo Anthony once the July signing frenzy commences, that number appears to have dwindled significantly since the end of the regular season. Perhaps it is a matter of ‘cooler heads’ prevailing once removed from the immediate emotional reaction to the worst season in franchise history, or maybe the reality of the circumstances set in. With Kobe Bryant and Steve Nash on the books for just over $33.2 million next season, signing Anthony to what would likely have to be a max contract would realistically remove them from any discussion regarding Kevin Love, even if he were to become available via trade between now and the 2014-15 trade deadline or free agency next summer.

At 30 years old this Thursday, Anthony is heading into what is conceivably the final stretch of his peak form and doesn’t have time to wait for the rebuilding process of any organization. Even though the thought of coming together with a friend and former Team USA teammate in Bryant or leading his New York Knicks back to glory must each have a certain amount of appeal to Anthony, his best fit may ultimately be found in Chicago if the Bulls are able to clear the necessary cap space (with moves such as trading/amnestying Carlos Boozer and moving Mike Dunleavy’s contract) this summer.

With just over a month until the 2014 NBA Draft, the Cleveland Cavaliers, winners of the draft lottery, are sounding like a team that needs every bit of the next four weeks to make their decision.

It wasn’t until the final minutes leading up to their selection last year that the Cavaliers settled in on Anthony Bennett as their choice with the No. 1 overall pick. They contemplated taking Alex Len or Nerlens Noel heavily before selecting Bennett. Last year’s decision was tough because there was no clear cut number one pick. Everyone in the conversation had a major flaw or drawback. The Cavaliers may not have gotten a standout rookie campaign from Bennett, but it’s not like they missed out on a franchise player by taking him. Although Michael Carter-Williams and Victor Oladipo were far more impressive and productive, the Cavaliers just didn’t have the room for them in the backcourt and Bennett still holds some promise. They’re only one year into their careers, and Bennett could still easily end up having a better career.

The 2013-14 campaign was a forgettable affair for the Los Angeles Lakers. The team finished 27-55, the second worst season in franchise history, driven by the absence of fading legends and future Hall of Famers Kobe Bryant and Steve Nash. The duo combined to appear in just 21 games this past season and both will enter the summer with huge doubts on whether they can ever regain elite form again.

The Lakers are at a pivotal crossroads. The trio of Bryant, Nash and reserve center Robert Sacre represent the only three players with guaranteed deals for next season heading into the summer.

Lakers general manager Mitch Kupchak has his work cut out filling the remaining roster spots before training camp with $34 million of the team’s cap next season already occupied by Bryant and Nash.

Veteran shooting guard Nick Young, who led the Lakers in scoring this season, has a player option for the 2014-15 campaign worth $1.2 million.

The so-called 2014 Plan has taken its place alongside the phrase “basketball reasons” among bitter Chicago Bulls fans who decried the team’s failure to retain Omer Asik, Kyle Korver and Ronnie Brewer in the summer of 2012. But a key reason for letting Asik walk to Houston was the massive near $15 million cap hit the Bulls would have taken for his salary in the upcoming 2014-15 season if they had matched the Rockets’ offer sheet. Time has proven the wisdom of letting Asik go, especially considering how the success of Joakim Noah playing big minutes would have continued to render him somewhat superfluous. With the possible amnesty or trade of Carlos Boozer this summer, the Bulls go into the offseason as major players in the free agent market. So what should they do with their newfound flexibility?

Who Should the Lakers Take with the Seventh Pick?

The Los Angeles Lakers are set to draft a player with a top-20 pick for the first time since picking Georgia Tech point guard Javaris Crittenton with the 19th pick in 2007. Back then, the Lakers were coming off a 42-40 season, and Kobe Bryant was demanding to be traded. However, the Lakers, as they seemingly always do, managed to trade for another star player (Pau Gasol), keep Bryant and turn the team around immediately.

Things are a little different this time, however. The Lakers are coming off their second-worst season in franchise history (27-55), Bryant is coming off of two major injuries over the last year, the new Collective Bargaining Agreement is more restrictive, the team is searching for a new head coach and the roster is in complete flux. The Lakers used a significant chunk of its cap space to sign Bryant on for two more seasons before calling it a career, and now the team is in an odd position where there is an urgency to win now, but to also build for the future when Bryant is gone

Sixers Must Get 2014 Draft Right

The Philadelphia 76ers didn’t win the lottery as they had hoped, but that doesn’t mean they can’t drastically improve their team on draft night. With the No. 3 and No. 10 picks in the first round of the 2014 NBA Draft, the 76ers will have the opportunity to add two potential franchise cornerstones to their young core, which already features 2013 lottery picks Michael Carter-Williams and Nerlens Noel.

This is such a talented draft class that Philadelphia may be able to land two star-caliber players with their pair of top-10 picks, making them one of the teams to watch on June 26.

The Cleveland Cavaliers may have gotten lucky once again in landing the top overall pick, but that doesn’t mean their decision is necessarily an easy one. The guy they’re supposedly leaning toward taking—Joel Embiid—hasn’t been playing the game all that long yet already has a somewhat intimidating injury history.

Big men with back issues are absolutely frightening, which means however good Embiid looks as a potentially franchise-defining big man, he could ultimately prove to be a bust. Whether or not that’s true, there have been plenty of promising young players over the years that have not delivered despite leaving the draft process as the No. 1 overall selection.

Here’s a look at the worst of them:

What Should the Magic Do on Draft Night?

With two draft picks inside the top 12 in June’s draft, the Orlando Magic will certainly have many options to work with come draft night. The Magic’s first pick is the No. 4 selection and many mock drafts and analysts have them taking Australian point guard Dante Exum. While the Magic are in the market for a point guard, they’ll be drafting with the best-talent-available approach over team need. It is likely, however, that the odds go in their favor and the best available player at the fourth pick winds up being Exum. There has been talk that had the Magic actually gotten the odds-on third pick that they would have drafted Exum anyway.