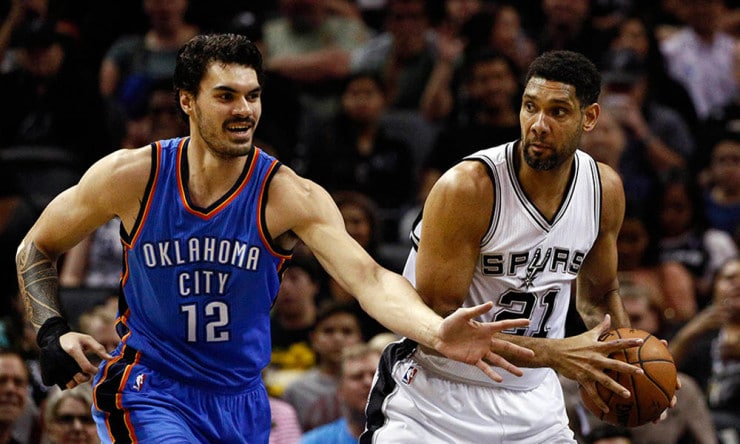 Between now and then, a lot will transpire in the NBA, but that’s the next date that should be circled on your calendar. By rule, that is the date before which the NBA and the NBA Player’s Union have to notify one another whether they wish to opt out of the 2011 collective bargaining agreement.

And at this point, it’s inevitable.

The Indiana Pacers have been extremely busy this offseason, adding veterans like Jeff Teague, Thaddeus Young and Al Jefferson to a core that already includes Paul George, Monta Ellis, Myles Turner and C.J. Miles among others. Team president Larry Bird also replaced long-time head coach Frank Vogel with Nate McMillan and stressed that he wants Indiana to play at a faster pace next season.

Teague will be an integral part of that up-tempo attack, replacing George Hill in the Pacers’ starting lineup after being acquired in a three-team deal with the Atlanta Hawks and Utah Jazz.

Sometime around mid-July, once the largest of the free agency signings have wrapped up and there’s no prospect for real competitive basketball until much later in the fall, fans turn their attention toward the Summer Leagues that take place annually in Orlando, Las Vegas and Salt Lake City.

It’s understandable considering this is everybody’s first opportunity to get a look at the rookies in their new uniforms and see how they all stack up against each other during junior varsity play, but there’s also a pretty widespread understanding that Summer League games really don’t mean all that much. Just because a kid shreds the competition in Vegas or Orlando doesn’t mean he’s destined for great things in the actual NBA. Anthony Randolph once dropped 42 points in a Summer League game, just for one example, and Adam Morrison earned un-ironic “MVP” chants in Vegas two years after having played his last official NBA game.

Noah’s most serious ailment last season was a shoulder that required surgery and four-to-six months of rest before he was able to start rehabbing it. But that’s certainly not the only injury he has dealt with this decade. Noah has missed at least 16 games in six of his last seven seasons in Chicago.

Even when he’s been able to play, he’s rarely posted eye-popping numbers. His career averages are relatively pedestrian: 9.3 points (shooting below 50 percent from the floor), 9.4 rebounds, three assists and 1.4 blocks per game. Certainly solid, but not overwhelming by any means.

NBA Veterans On The Comeback Trail

Over the years, we’ve stated numerous times in this space that Father Time is undefeated. And not only that, all wins – for those that challenge him – are by brutal knockout. Earlier this week, future Hall of Famer and arguably the game’s greatest power forward Tim Duncan became the latest casualty, opting to hang up his high tops forever.

But while some guys are opting to call it quits, there’s an increasing number of veterans looking to stave off Father Time for one more shot in the spotlight.

The reason is understandable.

It should come as no surprise that second-year players often outperform their rookie counterparts in Summer League since they’ve already adjusted to the pace of the game and the sheer strength of the professionals on the court. With that said, this year’s crop of NBA freshmen has a couple guys that have actually played well in Summer League.

The top two picks in this year’s draft, Philadelphia 76ers forward Ben Simmons and Los Angeles Lakers forward Brandon Ingram, have each had moments ranging from encouraging to flat-out impressive – while still understandably adjusting to the NBA game and all of the lofty expectations placed upon them. Our Joel Brigham recently discussed whether success in Summer League actually matters in the grand scheme of things, but when you consider the scrutiny and skepticism that can come from under-performing, it’s always better to be solid.

The Toronto Raptors have been on the rise since Masai Ujiri rejoined the organization as general manager in 2013. Under Ujiri, the Raptors have been extremely steady and consistent with their growth, culminating in the franchise’s first trip to the Eastern Conference Finals this year.

This offseason, the Raptors did what they were supposed to by re-signing All-Star guard DeMar DeRozan to a long-term deal. But fans hoping for more moves were left disappointed. In a market where free agents came and went, Toronto didn’t land any “big hitters” and kept their roster relatively similar to last season. Aside from the DeRozan deal, they lost Bismack Biyombo to the Orlando Magic, signed forward Jared Sullinger to a one-year contract and drafted rookie center Jakob Poeltl. This relatively inactive summer suggests that Ujiri and his staff are content with the pieces they have in place and believe that internal development is the key to the team taking the next step.

Suns Look to Build Something Special

It should be no surprise that Jared Dudley chose to return to the Phoenix Suns. After all, he achieved the most success of his career during his previous four-season run with the Suns that lasted from 2008 until 2013.

Dudley signed a three-year deal worth $30 million with the Suns last week and seems very happy to return to Phoenix. While adding a player like Dudley won’t necessarily bring the Suns to the next level in the Western Conference, it is an underrated move that should work out in a number of different ways.

Within the yearly NBA lexicon, “Summer League means nothing” is just a hair less popular than, “What happens in Vegas stays in Vegas.”

It’s an age-old adage, rooted in observable fact. The list of guys who lit it up in Vegas for a summer or two before never being heard from again in NBA circles is nearly endless, and it’s almost as easy to find a number of doe-eyed 19-year-olds straight out of college who couldn’t do much in their first summer of action but still managed to become quality rotation players or better.

The mantra rings truer on the positive side of things than the negative side, however, and it’s through this lens that we can begin to parse a few details. It’s not surprising when D’Angelo Russell or Devin Booker put up big numbers with ease as second-year lottery picks with a full NBA season under their belts; when others in a similar situation badly struggle, however, it’s a warning light. Combine this with visual indicators and a few other telltale signs, and in reality it’s much easier to assess which guys are hurting their full-time NBA chances at Summer League than which are helping them.

Clippers Stuck Between a Rock and a Hard Place

Over the last seven years, the Los Angeles Clippers have maintained a level of success beyond anything the franchise has ever previously experienced. The 2010-11 NBA campaign was Blake Griffin’s rookie season (since he missed the 2009-10 season with a knee injury), which marked the beginning of a new era for the franchise.

Griffin exploded onto the scene, throwing down an impressive alley-oop three minutes and twenty seconds into his first NBA game. Since then, the Clippers have worked to establish themselves as one of the best all-around teams in the NBA. They achieved this, in significant part, by trading for Chris Paul, developing DeAndre Jordan into a defensive force, bringing in a respected coach in Doc Rivers, and trading for JJ. Redick, who has been a perfect fit as the team’s starting shooting guard.