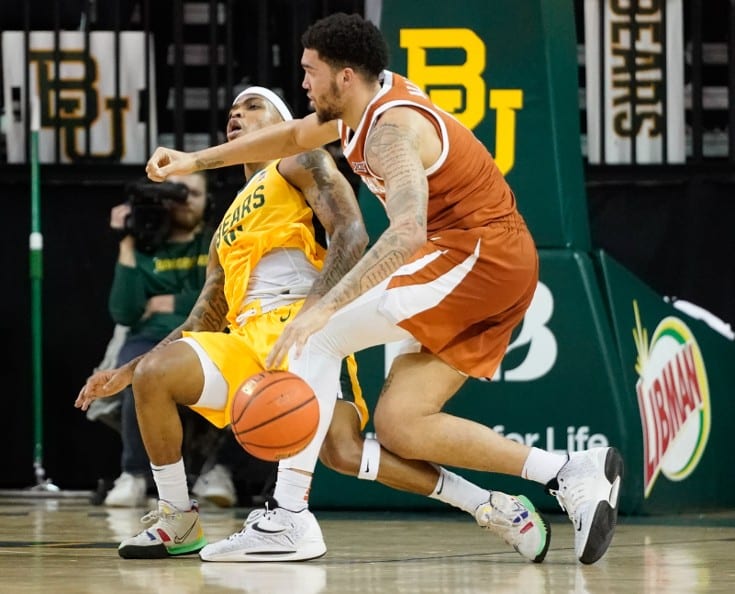 The Baylor Bears are set to take on the Norfolk State Spartans on Thursday at 2 EST. This game will be played at the Dickies Arena as Baylor is going to be coming in as a number one seed and the Norfolk State Spartans will be coming in as a number 16 seed. Baylor had an incredibly impressive year as they finished 26-6 and 14-4 in the Big 12. Norfolk State on the other hand also had an impressive season as they finished 24-6 and 12-2 in the Mid-Eastern Athletic Conference.

The Baylor Bears and the Norfolk State Spartans will meet at the Dickies Arena on Thursday. Baylor is going to try to do what they did a year ago and that’s by winning games in March Madness.

Baylor Has To Do What They Do Best

Baylor’s going to be coming into this one after a disappointing loss early in the Big 12 tournament as they lost to Oklahoma by eight points. Baylor is going to want to just flush that one down the drain and focus on the bigger task at hand.

They were unable to come away with the Big 12 Tournament Championship, but that doesn’t mean that they can’t come out in the March Madness tournament and win the big dance.

Guys like Adam Flagler, Matthew Mayer, and James Akinjo are going to have to play their best basketball in March for Baylor to do what they want to do.

Norfolk State, Nothing To Lose

The Norfolk State Spartans are looking to pull off the biggest upset in March Madness history. They had a great season, but the reality of the situation is that they do not play nearly the type of talent that Baylor does on a nightly basis.

We cannot take anything away from Norfolk State as they did finish 24-6 and 12-2 in their conference and even won their Conference Championship game by nearly 20 points.

One thing about Norfolk State is that this team can defend at a pretty high level. The question is going to be if they can defend at a high level against one of the best teams in the country. If they can find a way to continue getting stops, this could be an interesting game, but they probably will not have enough at the end.

For this game, I actually like Baylor to cover the 20.5 point spread. Often, I don’t like taking big spreads in March Madness just because most of the games are usually close, but I do think Baylor is going to be able to come away with an easy victory in this one.

The thing that worries me about Norfolk State is that they have been defending at a high level, but the level of competition that they are doing that against isn’t really that impressive.

Baylor is also one of the best defensive teams in the country, which leads me to think that Norfolk State is going to have a tough time putting the ball in the basket in this one.

Get free March Madness bets for the Baylor vs Norfolk State game at BetOnline below.