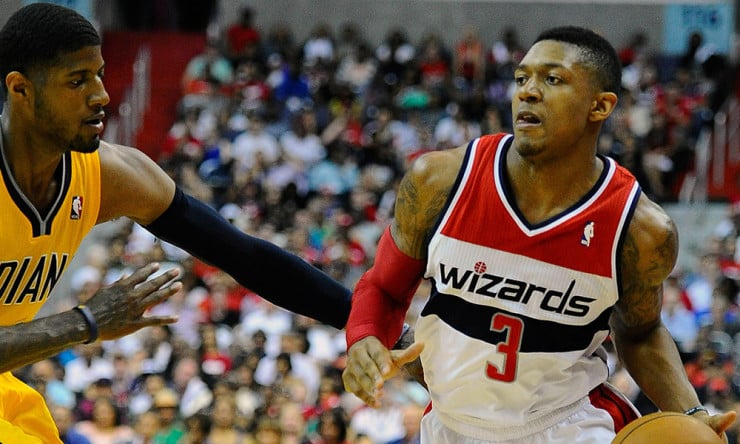 The Washington Wizards, expected to compete for a top spot in the Eastern Conference this season, suffered a major blow to their hopes of a quick start with the loss of guard Bradley Beal, who could miss as much as six to eight weeks after breaking his left wrist, according to league sources. The Wizards expect Beal will undergo surgery in the next few days.

Beal suffered the injury during Friday night’s exhibition game against the Charlotte Hornets, after Hornets swingman P.J. Hairston fouled him in the first quarter. The Wizards initially diagnosed the injury as a sprained wrist, but an examination Saturday detailed a small fracture in the wrist.

via David Aldridge of NBA.com