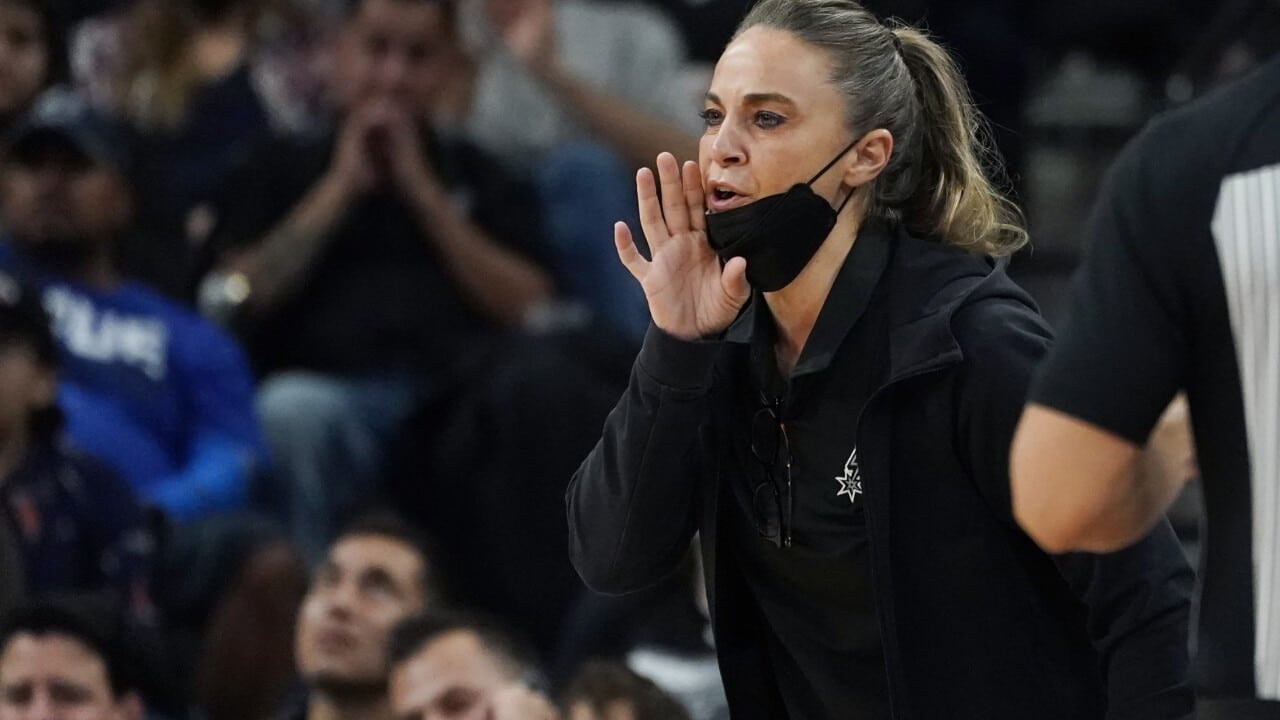 ESPN is adding a new analyst to their NBA coverage team. Former WNBA player and current head coach Becky Hammon will join as a studio analyst. She is expected to make her television debut in December.

Hammon is the latest name in a growing trend of current WNBA figures getting involved in media. Hammon joins Doris Burke and Chiney Oguwmike as women contributing to ESPN’s NBA analysis. Current WNBA player Candace Parker is also a studio analyst for TNT and NBA TV.

Becky Hammon, head coach of the reigning WNBA Champion Las Vegas Aces, will join ESPN as an NBA studio analyst during the 2022-23 season.

The announcement was made today at the espnW Summit. Hammon will debut on ESPN in December 🏀 #ThatsaW pic.twitter.com/iENNef4IZv

This is the latest accomplishment for Hammon, who is currently serving as the head coach of the Las Vegas Aces. In her first season in 2022, the Aces went 26-10 en route to a Finals victory over the Connecticut Sun. Before her stint in Las Vegas, Hammon also served as an assistant coach for Gregg Popovich and the San Antonio Spurs from 2014-22.

Becky Hammon was an accomplished player during her WNBA career. She spent 16 seasons in the league, eight with the New York Liberty and another eight with the San Antonio Silver Stars. She was also a six-time All-Star. In a similar symmetry to how her 16 years were spent, three appearances were with the Liberty, while the other three were with the Silver Stars. For her career, she averaged 13 points, 2.5 rebounds, and 3.8 assists per game in 450 games.