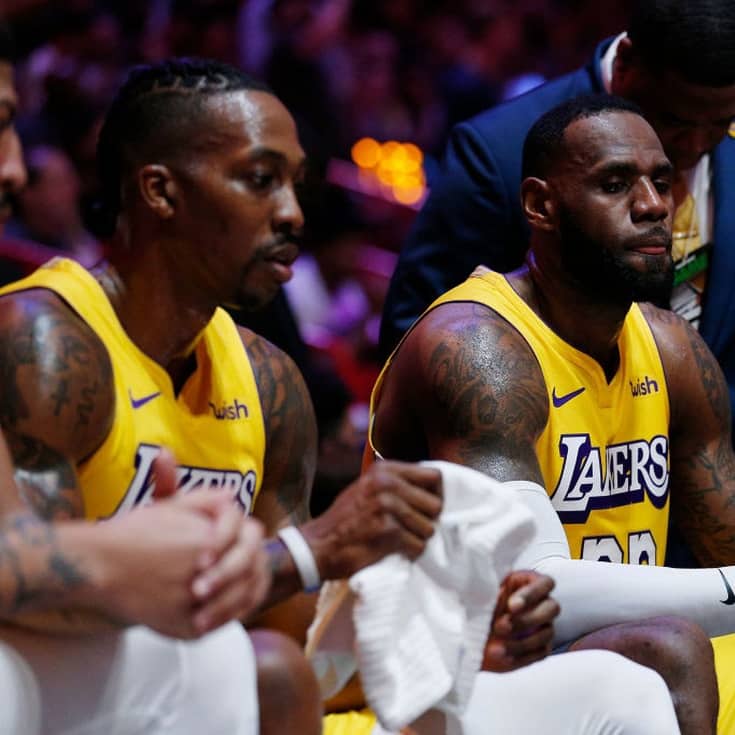 For the latest Bovada specials, during the NBA’s 75th season, multiple All-Stars are projected to break records. Chris Paul, Dwight Howard, LeBron James—all three players come to mind. Now, James and Howard are also Lakers teammates again as well. They won a championship together inside the bubble during the 2019-20 NBA season. The specials down below end on Oct. 30, 2021 at midnight ET.

Phoenix Suns guard Chris Paul possesses +180 odds of passing Gary Payton for fourth place on the all-time steals list this season. According to NBA statistics, the 11-time All-Star needs 114 steals to reach this milestone. The guard averaged 1.4 steals per game last season. Of course, the biggest roadblock for the 16-year veteran is injuries. If Paul can remain healthy, he will accomplish this goal.

Los Angeles Lakers center Dwight Howard has -200 favorable odds of entering the top all-time rebounds list this season. Needless to say, this milestone will be reached. Howard needs 194 rebounds to accomplish this goal. Last season, the eight-time All-Star 8.4 rebounds per game. In the Lakers’ 121-114 season-opener loss to the Warriors, the 35-year-old earned 6.0 rebounds.

While many would agree that Shaq is a top-five center all-time, today’s NBA rules make the game easier for players to break records. In some ways, this can diminish the achievements of players from the past. Though, some spectators prefer more foul calls. So, to each their own.

Furthermore, LeBron James sets records every single season, or so it seems. The seventeen-time All-Star needs 1,213 minutes played to rank third on the all-time minutes played list. In the 2019-20 season, James played a total of 2,316 minutes, ranking 13th in the league.

Among active players, he ranks first for career total minutes played. Since the 2003 NBA Draft, he has played a total of 50,092 minutes. Career-wise, regarding rankings all-time, James ranks sixth. Other Bovada specials are on the front page.

Moreover, LeBron James is also set to earn over 10,000 career assists this season. His current odds are -200. The eighteen-year veteran needs 304 assists to set a new record for himself. Over the course of his NBA career, James has averaged 7.4 assists per game. Last season, the Lakers forward averaged 7.8 assists per game.

LeBron James to pass Oscar Robertson for fourth on the all-time free throws made list?

Additionally, King James needs 113 made free throws to pass Oscar Robertson for fourth place on the all-time free throws made list. Bron-Bron has -500 odds of accomplishing this goal. Upon further review of the list, James has made a total of 7,584 free throws in his career, ranking fifth all-time. Last season, he averaged 4.0 free throws made per game.

LeBron James to pass Karl Malone for second on the all-time field goals made list?

Lastly, James possesses +150 odds of passing Karl Malone for second place on the all-time field goals made list. Referencing the all-time statistics board, the forward needs 626 made field goals to reach this milestone in the 2021-22 NBA regular season.

Last season, James averaged 9.4 field goals made per game. He also made a total of 422 field goals as well. Keep in mind, LeBron played in 45 games last season. When he played 67 games in the 2019-20 NBA season, he accumulated a total of 643 made field goals. Other Bovada specials are on the main page of Basketball Insiders.