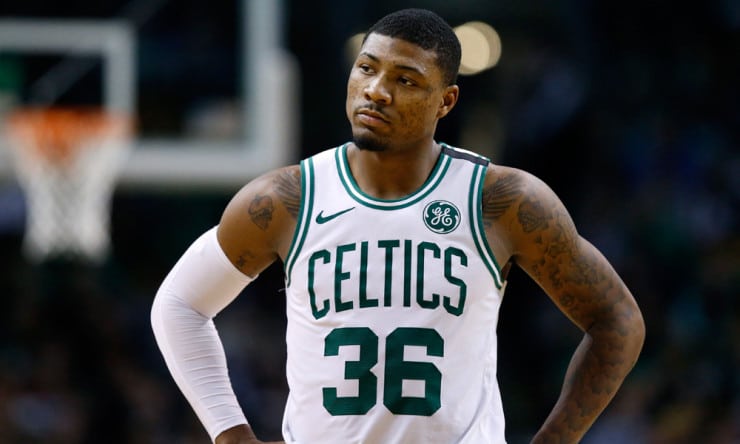 Celtics coach Brad Stevens says guard Marcus Smart will evaluate his treatment options next week before making a decision about how to progress with an injured right thumb but acknowledged that Smart might not return this season.

Stevens said Smart is waiting to see how his thumb responds to initial treatment while gathering multiple opinions on the injury.

“[Smart will] go talk to another doc about what his chances are of playing without further injury, and also if he needs surgery or not, and what the recovery time would be,” Stevens said before Wednesday’s game against the Washington Wizards. “After all that information is gathered, he’ll make a decision [next week], along with all of us, about the rest of the year.”

“There could be a slight chance that he’s back sooner rather than later, but I’d say that it’s not going to be any time too soon,” Stevens told the “Zolak & Bertrand” show. “And there’s a chance that he would not be back.”