Connect with us
Home » news » Breaking Down The 76ers Thunder Trade 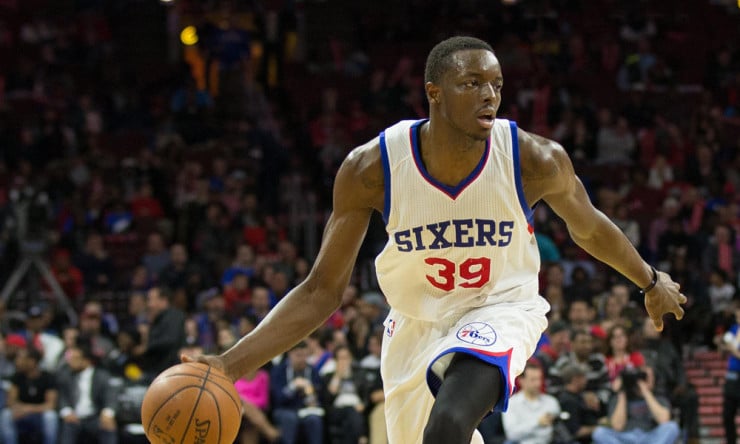 It didn’t take long for the regular season to yield a deal.

On Tuesday, the Oklahoma City Thunder and Philadelphia 76ers agreed to swap Ersan Ilyasova and Jerami Grant, as first reported by Adrian Wojnarowski of The Vertical. It’s a rare instance where each party walks away feeling as though they got what it wanted. The Thunder get flexibility and clear a logjam and the Sixers get another veteran to add to their core. Meanwhile, Ilyasova will get an opportunity to shine in his contract year while Grant gets an opportunity to serve as an understudy to some veterans.

As a part of the trade, the Thunder also agree to convey their 2020 first round pick to the Sixers, unless that pick falls within the top 20 of that year’s draft. If it does, the Thunder will instead convey its second round picks to the Sixers in 2022 and 2023.

For the Sixers, the acquisition of Ilyasova provides the team with a floor-spacing forward who should fit nicely in the frontcourt. With Joel Embiid, Jahlil Okafor and Nerlens Noel, the need for a forward that could stretch the floor was obvious. Ilyasova, an 11-year professional, is a career 37 percent three-point shooter.

A career 10.6 point-per-game scorer, his most productive time was spent as a member of the Milwaukee Bucks, where he played seven seasons before being traded to the Detroit Pistons in 2015. Highly regarded as a scorer, Ilyasova will join a Sixers team that is attempting to return to respectability.

After being traded by the Pistons to the Orlando Magic, Ilyasova was dealt to the Thunder in the draft night trade headlined by Serge Ibaka and Victor Oladipo. Entering the final year of a five-year, $40 million contract signed in July 2012, in Oklahoma City, Ilyasova may have struggled to find minutes over the course of the season. With the franchise agreeing to a four-year, $100 million extension with Steven Adams, he and Enes Kanter are widely expected to receive the bulk of the available minutes in the frontcourt for head coach Billy Donovan.

With Andre Roberson becoming a dependable part of the team’s rotation and the team seeking to develop rookie Domatas Sabonis (also included in the trade featuring Ibaka and Oladipo), re-signing Ilyasova (who will be a free agent in July) may not have made sense for the Thunder. Instead, the team clears what appeared to be a logjam while acquiring a player in Jerami Grant the franchise views favorably.

Grant, selected by the Sixers with the 39th overall pick of the 2014 draft, is the son of 11-year NBA veteran Harvey Grant and the younger brother of Chicago Bulls guard Jerian Grant. The younger Grant has the build of a prototypical NBA small forward and has impressed with his athleticism. Though still struggling to find consistent minutes and opportunity at the NBA level, Grant is widely considered to have the physical tools and the work ethic to become an impact player at the NBA level. The Thunder view him as a developmental prospect.

All sides appear to have won in the deal, with the Thunder arguably coming away in the best predicament, especially when considering the financial ramifications. Aside from creating a trade exception in excess of $7 million, the Thunder will hold a team option over Grant’s $1.05 million salary for the 2017-18 season and could clear about $7 million of cap room to assist with adding additional personnel this season.

Although Ilyasova is the more talented player at this point, the Thunder managed to get valuable assets in return for a player who didn’t appear to fit in with the franchise in the long term.