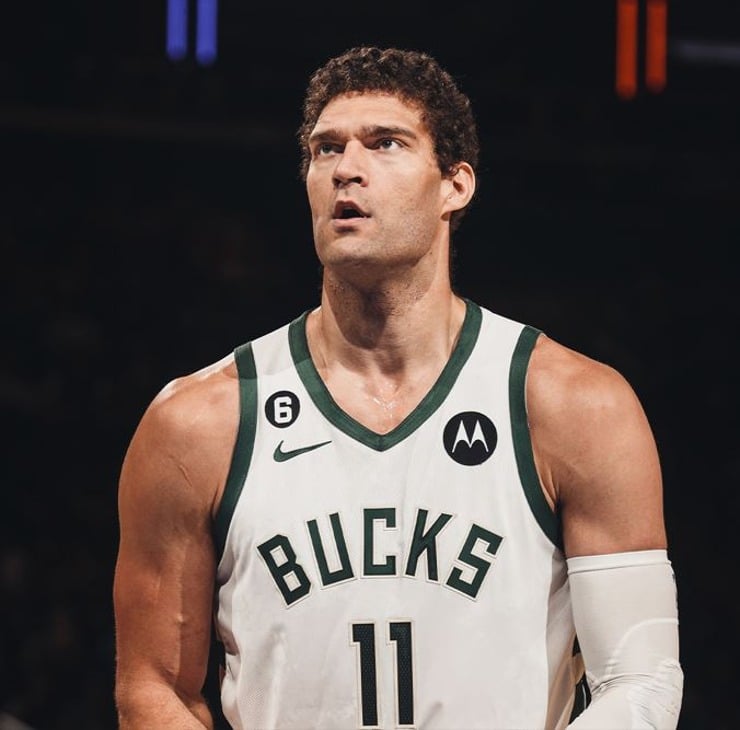 Milwaukee Bucks center Brook Lopez is a top candidate to win NBA Defensive Player of the Year this season, and it should go without saying that winning the award is a personal goal for the 15-year veteran.

“It’s definitely a goal of mine,” said the 34-year-old, following Milwaukee’s 111-107 win over the New York Knicks on Monday. “Obviously, I’m a team-first player who wants the team to be successful.”

“We want to win a championship,” added Brook Lopez. “That’s our main goal. It definitely would be a personal point of pride for me, and it’s a goal for myself.”

Fellow teammate Giannis Antetokounmpo gave his vote of confidence to Brook Lopez. “In my opinion, and probably Jrue’s, he’s the Defensive Player of the Year,” said the Greek Freak. “No doubt. He’s 34 years old. It’s insane how he’s playing right now. We need him to play this way for 60 more games.”

I asked Giannis Antetokounmpo what Brook Lopez has meant to the Bucks.

Giannis: “In my opinion, and probably Jrue’s, Defensive Player of the Year.”

In the Bucks’ win against New York on Monday night, Brook Lopez ended his outing with 17 points, seven boards, two assists, one steal, and three blocks in 33 minutes played. He shot 7-of-16 (43.8%) from the field and made three 3s.

Lopez leads the league in blocks (101) and ranks second in blocks per game and block percentage (7.1%). Of course, the center is in the final year of his four-year, $52 million contract. He’s earning $13,906,976 this season, and the veteran is making a case to receive another contract extension during the offseason.