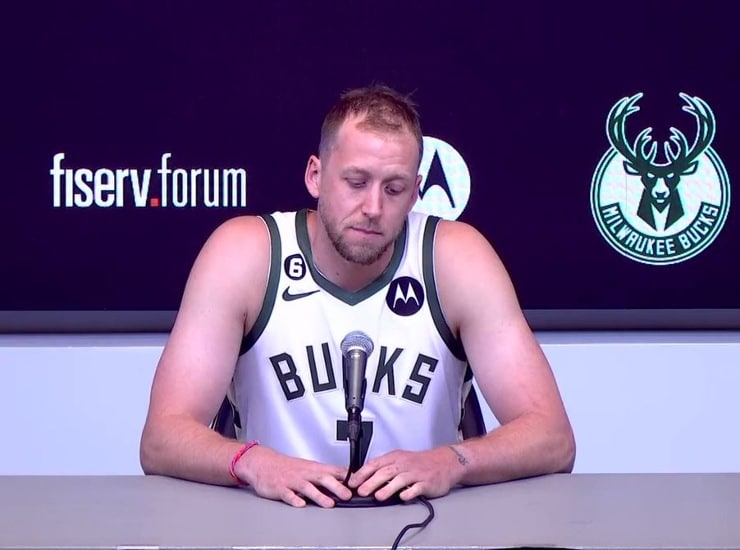 Milwaukee Bucks coach Mike Budenholzer was asked to provide an injury update on Joe Ingles before playing the Houston Rockets on Sunday. To summarize his response, Ingles is close to returning.

“I think it’s fair to say he’s getting close,” said Budenholzer. “I mean, if you’re playing with our G League Group and you’re playing five on five and live action — but again, part of the question towards the end of Khris’s [rehab] is, it’s also, you know, you’ve got to get to a conditioning level to be ready to play in an NBA game.

“You’ve got to get kind of, I would say, a significant number of reps of just playing and doing things and building up just everything that it takes to go into playing an NBA game. So, hopefully, somewhere there is an answer for you.”

According to a few NBA betting sites, the Bucks possess the second-best odds to win the championship in 2023. A number of sportsbooks show top-3 odds for the Boston Celtics and Golden State Warriors.

Before tonight's game in Houston, we chatted with Mike Budenholzer about Joe Ingles, who has played with the Bucks' G-League unit twice in the last week.

I asked Budenholzer how close Ingles is to getting on the floor. Here was his response: pic.twitter.com/BP2ULCfMJg

In September, Bucks G.M. Jon Horst said Ingles is expected to return at some point in January.

While with the Utah Jazz, Ingles tore his left ACL in a 126-106 loss to the Minnesota Timberwolves on Jan. 30. It was a non-contact knee injury. However, his torn anterior cruciate ligament still ruled him out for the remainder of the 2021-22 season.

In February, the Jazz traded Ingles to the Portland Trail Blazers. Though, the forward never appeared in a single game for Portland. Of course, the eight-year veteran went on to sign a one-year, $6.5 million contract with the Bucks in July.

At the moment, the Bucks rank 17th in three-point shooting overall, averaging 35%. If the 35-year-old plays as great as he did a couple seasons ago, his long-range accuracy will only benefit Milwaukee’s perimeter shooting.