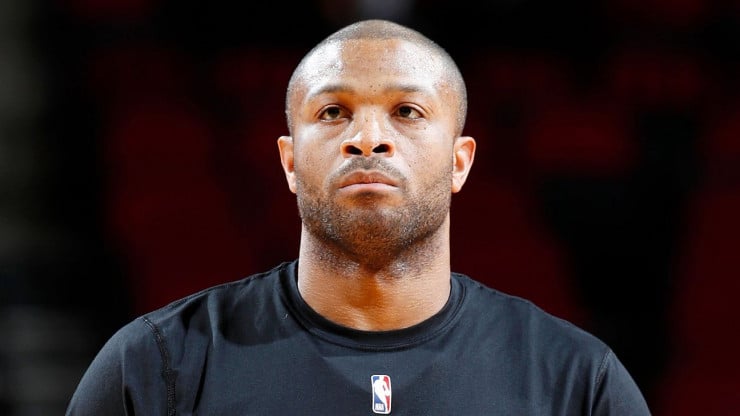 After a shortened roller-coaster regular season and playoffs that have been defined by injuries to star players, the NBA Finals matchup is finally set. The Phoenix Suns are back in the Finals for the first time since 1993 and the Milwaukee Bucks are making their first appearance since 1974. The two will face off in a battle for the Larry O’Brien Trophy with Game 1 on Tuesday night.

The matchups are salivating, especially at the point guard position with Jrue Holiday trying to lock down Chris Paul. The contrasting styles of opposing centers will be intriguing to watch as Deandre Ayton goes toe-to-toe with Brook Lopez. The duel between Mikal Bridges and Khris Middleton is another juicy individual matchup that will also be fun to watch. How does Phoenix defend Giannis Antetokounmpo?

Then there are the storylines, headlined of course by Paul finally reaching the Finals after 16 years of trying. After years of being on the hot seat, can Mike Budenholzer make the necessary adjustments to finally get this team over the hump? After signing his supermax deal, can Antetokounmpo finally add a championship to go along with his MVP accolades? The Bucks went all-in to acquire Holiday before the season, and it could pay off with just four more victories.

After missing the playoffs the last ten seasons, Phoenix has made it all the way to the Finals. The last time they were there, Charles Barkley, Dan Majerle, Kevin Johnson and Danny Ainge lost to Michael Jordan and the Chicago Bulls in six games. Oddly enough, the Suns had the ninth-best defensive rating that season, and the ninth-best this season.

Torrey Craig is a big reason why Phoenix has been elite on that end of the floor. Ironically enough, he played for both of these teams this season.

After three solid seasons with the Denver Nuggets, Craig hit free agency and ultimately chose the Bucks. He signed his contract just before Thanksgiving but rarely saw the floor. For whatever reason, Budenholzer did not have him in the rotation and the situation just never worked out. On March 18 the Bucks traded Craig to the Suns for cash considerations. It helped facilitate their trade with the Houston Rockets the very next day when they acquired PJ Tucker.

Tucker was a highly-coveted man prior to the trade deadline, and Milwaukee was enthralled with landing the gritty defender. In a way though, they strengthened Phoenix’s defense by elevating their own. Appearing in just 18 games for the Bucks, Craig has played in 32 games for the purple and orange. His minutes on the floor have been extremely valuable, as he was relied upon to defend Paul George in their six-game series with the Los Angeles Clippers.

Paul George was 3-of-12 (25%) with two turnovers when guarded by Torrey Craig in the Western Conference Finals. pic.twitter.com/2CockabuCm

The Craig transaction is the only roster move Phoenix has made since February. It seems like highway robbery now, but Milwaukee does boast an incredibly talented defensive unit. Both Antetokounmpo and Holiday were named to the All-Defensive First Team and Lopez has always been a great rim protector. Only Rudy Gobert blocked more shots on average during the playoffs, and he was recently named the Defensive Player of the Year for the third time. Add Tucker and Middleton to those three and you have the makings of an elite defense.

The Suns may not have one or two elite defensive players like the Bucks, but they have a bunch of outstanding defenders in their own right. Bridges is considered one of the best two-way players in the league and Paul is a solid defender when committed. Both received votes for the All-Defensive team this season with Bridges just narrowly missing the cut. The defensive improvement of guys like Ayton and Jae Crowder have bolstered their chances of winning this postseason. Crowder is the only player from either team that has ever appeared in a Finals game.

While Craig has played a limited role off the bench, Tucker has been logging heavy minutes as a starter for the Bucks. He has made a living from the corners of the court, leading the league in three-point shooting from that area in two of the last three seasons. His accuracy was a large factor in their series with the Atlanta Hawks but his defensive skills were in full effect in their battle with the Brooklyn Nets.

Kevin Durant’s return from injury this season was one of the best stories of the year. He proved once again that he is arguably the best all-around player on the planet, and quite possibly the greatest offensive weapon the game has ever seen. His one-on-one matchup with Tucker was the highlight of that series with the two former Texas Longhorns squaring off on nearly every possession.

PJ Tucker knew Kevin Durant would be an all-time great when Durant was a junior in high school. Great insight from Tucker on guarding Durant in the playoffs: pic.twitter.com/LGFC34M4u2

The sensational performances from Durant were a reminder that he is still a nightmare for the other 29 teams. It was also a reflection on Tucker, and the value he adds to this team. Without him taking on the challenge of guarding Durant, the Nets likely win that series even without Kyrie Irving and James Harden at full strength.

Both of these teams have faced offensive juggernauts this postseason. The Suns had to deal with LeBron James, Anthony Davis, Nikola Jokic and Paul George. The Bucks extinguished the likes of Jimmy Butler, Durant, Harden, Irving, Trae Young and Bogdan Bogdanovic, who they nearly traded for before the season began.

Now it will be up to Tucker to slow down Devin Booker. Phoenix will need Craig to spend time guarding Antetokounmpo and Middleton. Neither assignment will be easy, but these guys wouldn’t have it any other way. There is something refreshing and invigorating about players that want that challenge.

Tucker and Craig certainly won’t be a matchup to watch in this series. In fact, neither will probably ever guard the other. What is truly enjoyable to watch though is them stepping up to the challenge of defending the other team’s top offensive weapon. It is a luxury that every coach would love to have, especially under these circumstances.

Over the past several years the game has shifted to elite offenses, but perhaps this year will prove once again that defense still wins championships.