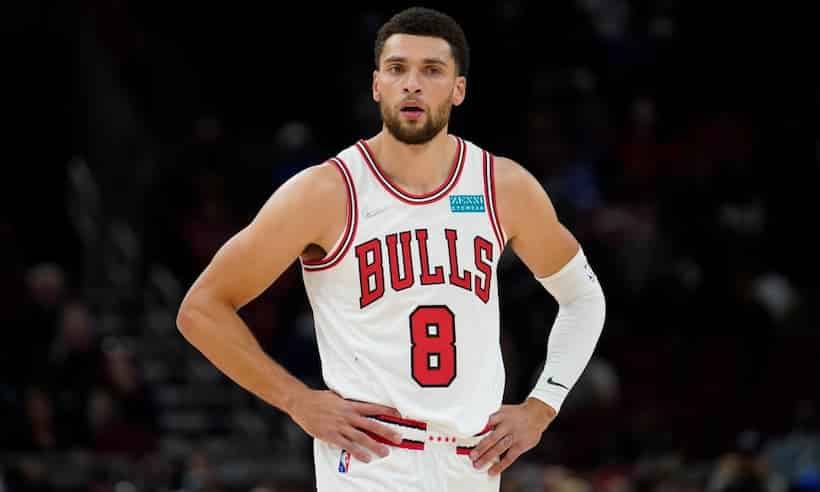 The 2022-23 season has been a bumpy one to say the least for the Chicago Bulls. Head coach Billy Donovan has his team at 16-21 which is eleventh in the Western Conference. There have been reports of on-court disconnect between all-stars Zach LaVine and DeMar DeRozan. It has spilled over to off-court disconnect between LaVine and the Bulls front office. League insiders reported that there the two sides are “not seeing eye to eye.”

Chicago has been a below .500 team for nearly the entire season and there has only been one game that they’ve come into with a winning record. From 12/20-12/30, the Bulls won five of six games and it seemed as if they’d found way to turn it around. They’ve gone 2-3 since then and the reports of LaVine and the front office make the situation ever worse.

Illinois Sports Betting sites have the Bulls at (+20000) to win the Finals this season.

Brooklyn's in the house tonight.

What does the future hold for Zach LaVine and the Chicago Bulls?

LaVine is not playing bad for the Bulls by any means, but it seems as the situation has spilled over to off-court disconnect between the front office and himself. Reports say that the two sides are “not seeing eye to eye” and one Bulls insider gave their take on what they think this means moving forward.

“The element of Zach knowing this is tilting towards DeMar [DeRozan]’s team is very much in play,”… “It has tilted…And I’ve sourced out that Zach privately has questioned his role, standing amongst the franchise at times.” – K.C. Johnson

Johnson has reported that LaVine may want a trade at some point this season and the 2/9 trade deadline is quickly approaching. LaVine is not content with being the second option on the team behind DeRozan. It may not be only a matter of time before we see Chicago make some moves regarding LaVine and his future with the franchise.